Duval: Drivers only praise Formula E because they are paid to race in it | Formula E News

Le Mans 24 Hours winner Loic Duval believes the only reason drivers speak highly of Formula E is because they are paid to compete in the championship.

Duval competed in the first three seasons of Formula E during its Gen1 era with Dragon Racing, before departing the series after the 2016-17 campaign to race in the DTM with Audi.

Over the years, the French driver has accumulated experience in a wide variety of cars, including LMP1, DPi, Class One and Super Formula machinery, and will race in the top category of the IMSA SportsCar Championship next year with JDC-Miller Motorsports.

But asked for his thoughts on Formula E, Duval said he doesn’t find the series’ all-electric cars enjoyable to drive – and questioned if Formula E is as good as the drivers who compete in the series make it look like.

“I don’t like Formula E because, for me, the cars are not quick,” said Duval. “And I’d like to say I like the locations they are doing, the format of the thing, I like the racing in the cities.

“Whoever the driver is telling today that Formula E is great to drive it’s because he’s in the championship and he gets paid for that, to race, so for sure he can’t be against it.

“But it cannot be as enjoyable as an LMP car, as a DTM car or Super GT car, that’s for sure.

“Out of an electric car you can still have a lot of fun. If the package is made with a lot of grip and performance, for sure you can enjoy it big time.” 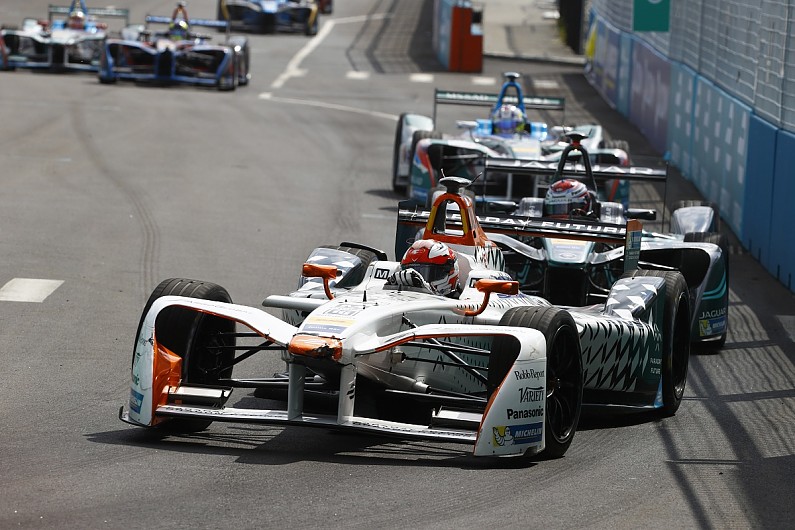 Duval’s opinion was rejected by fellow 2020 Audi DTM driver Rene Rast, who starred in Formula E in Berlin after replacing Daniel Abt, taking a podium in the fifth of the six German races that concluded the campaign.

Rast, who has now been confirmed for Audi’s final season in Formula E alongside Lucas di Grassi, said Formula E cars are fun to drive even if they are not as fast as the Class One car he’s accustomed to from his four years in the DTM.

“I think every race car is fun to drive,” said Rast. “If I put you in a race car like a Formula E car, you will enjoy it like crazy.

“But obviously if you drive a prototype car, downforce, power, Formula E car has something different.

“But I have to say when it comes down to the race, the tyre and energy management, Formula E is a lot more strategy [oriented] in terms of driving for the drivers itself. You as a driver have so much influence on your race results.

“For me personally, it’s a lot of fun because I’m somebody who analyses a lot of things in detail – I love it.

“Obviously, a Formula E car is slower, has no sound. That doesn’t mean it’s not fun to drive.”