In addition to his 2010 and 2018 successes, the 58-year-old completed his hat-trick of Dakar Rally victories earlier this year by winning aboard an X-raid Mini Buggy.

During the January event in Saudi Arabia, Sainz met with long-time friend, fellow Spaniard and XE founder Alejandro Agag and had a first look at the ODYSSEY 21 E-SUV.

The car had been on-site prior to contesting the final stage of the 2020 Dakar, for which it was given an invitational entry and driven by ex-World Rallycross racer Ken Block.

It is thought Sainz then tested the 550bhp car in the official XE shakedown at the Chateau de Lastours in southern France last month as part of private line up of “major-profile drivers”.

Subsequently, however, Mercedes Formula 1 driver Valtteri Bottas and nine-time WRC champion Sebastien Loeb were both revealed as having also taken part in the running.

Autosport understands that Sainz will go ahead and sign for an XE team.

Sainz told Autosport: “[XE] is a new championship in my specialty: the cross-country rally raids.

“It’s interesting because it introduces the whole electric theme.

“I’m still not very clear about the racing format and so on, but I’m looking at it.

“We are analysing everything, but the Dakar will remain the number one priority.” 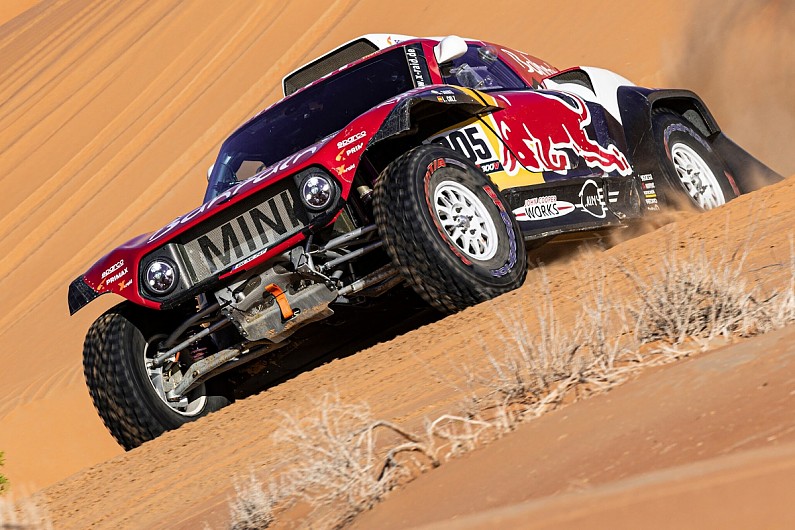 As part of the mandated male-female driver pairing in XE, Sainz could partner with Laia Sanz – a 10-time motorbike finalist of the Dakar Rally.

Although Sanz has traditionally competed on two wheels, she has made fleeting appearances in the SEAT Eurocup, in the TCR class of the 24H Series and in RX Lites.

Sainz told MARCA Sport Weekend: “The Extreme E car is electric, but it has almost 600hp, it is a powerful car.

“In that sense the races last a little less and I have to understand a little better the format of them.

“But Alejandro is a good friend and I am looking at [XE], I do not rule it out”.

“[The championship] looks good, it’s from the world I’m in right now, close to the raids, and I think we have to start understanding the electric issue. It’s one more step.