Denny Hamlin says he will be a “hands on” NASCAR team owner in his new venture with NBA legend Michael Jordan, taking inspiration from veteran owner Joe Gibbs.

Hamlin and Jordan’s 23XI Racing outfit, which has signed Bubba Wallace to drive its #23 Toyota and will operate out of the former Germain Racing workshop in Mooresville, this week signed a technical partnership with the Joe Gibbs Racing outfit that three-time Daytona 500 winner Hamlin has raced for since 2006.

Speaking ahead of this weekend’s penultimate round of the NASCAR Cup season at Martinsville, 39-year-old Hamlin said his first-hand insight from watching Gibbs at work would inform how he’ll approach team ownership.

“I’m going to be hands-on, I’ve seen the success my boss has had and how hard he works at it to be successful,” Hamlin said.

“I want to be the guy that’s at the shop – just like Joe is – at 8 in the morning, calling sponsors, calling manufacturers, walking down and talking to employees and trying to figure out how we can make our race cars go faster.

“This is just exciting for me because I see my future now. This is something that is going to be around for a very long time.”

Hamlin explained that he understands the risks involved in team ownership, but is confident that Jordan’s “long-term” commitment and his personal dedication “to make sure this team is successful” will yield the desired outcome.

“Some people say you can end up coming and going and it’s going to cost a lot of money and all that stuff and I understand the risk,” he said. 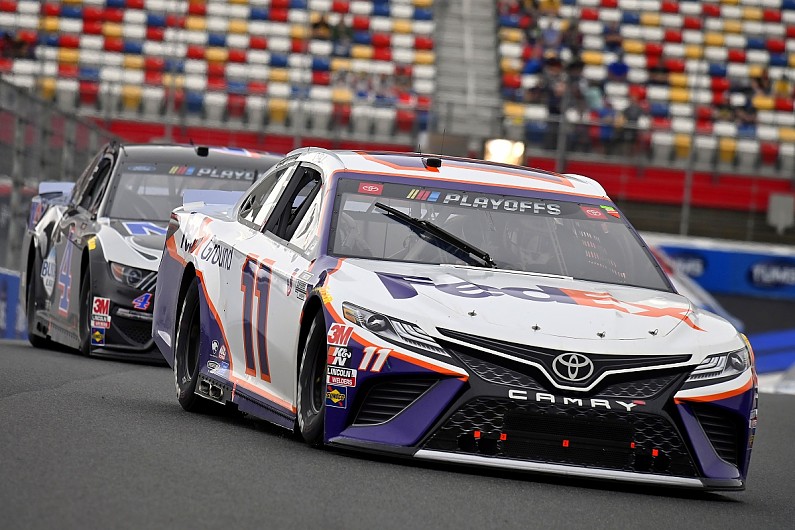 “What really made me feel good about it was that Michael’s team spent weeks working on it behind the scenes, looking at the business model, seeing where NASCAR is currently and where they think it’s going in the future and they deemed it a viable model for them.

“That gave me the confidence because you don’t see him diving into many other businesses, right?

“He’s very, very stringent when it comes to that. The name is so important.

“Their message to me was, ‘We can’t go into business and get out two years later. That’s just not going to be valid.’

“We put a long-term plan into place. All those pieces put together persuaded me more in the fact that this is something I’m confident in, but not only that, if I own it, it’s in my hands.

“The success and failure of it will ultimately fall on me and I don’t want my reputation to be a failure as a Cup owner.”

Hamlin added that despite the short turn-around involved in starting the team, he was “pretty confident” that the team will be capable of achieving good results in its first year.

“Ultimately, to build this into an organisation like Joe Gibbs Racing, it takes a lot of time and so you have to be patient as far as that’s concerned but we are putting the best race team that is possibly available on the race track in year one,” he said. 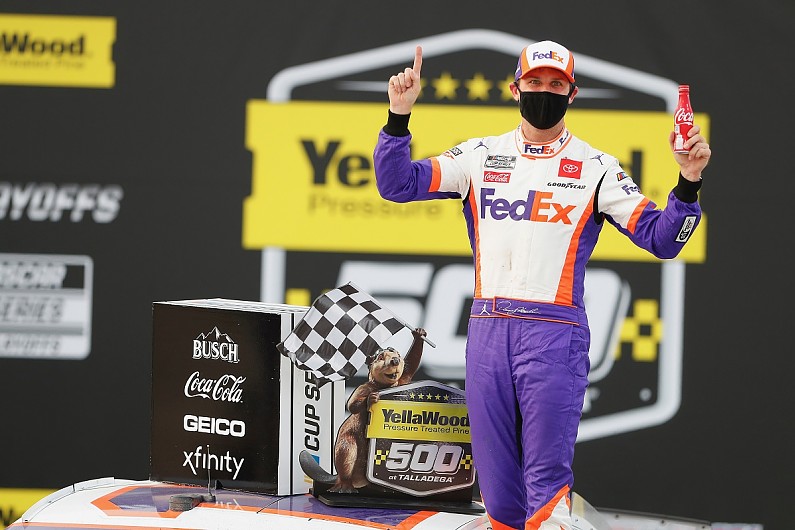 “I’m pretty confident we’re going to have the parts and pieces that we need to do it.

“My vision is well beyond just a one-car team. Hopefully, we can execute and grow year-after-year.

“Realistically, we want to contend for race wins.

“That will be the first obstacle – show that we can run top-five and then contend from there.

“I just want to see that we are competitive and if we’re not, you’ve got an insider such as myself at Joe Gibbs Racing that knows what it takes to be competitive.”