MotoGP world champion Joan Mir says an electronics issue caused by early contact in the Portuguese Grand Prix forced him to retire from the 2020 season finale.

The Suzuki rider could only qualify 20th owing to another electrical issue, though he managed to come up to 12th after an aggressive opening lap.

However, he dropped down the order again to 19th on the second tour after making contact with the rear of Johann Zarco’s Avintia Ducati at Turn 3.

Mir had already collided with Pramac’s Francesco Bagnaia on the opening lap at the same corner, which seemingly dislocated the Italian’s arm.

The Suzuki rider says one of these contacts caused an issue with his electronics, which led to him losing traction control, with the problem only worsening as his rear tyre faded.

“The adrenaline was making it easy to overtake and it was fun,” said Mir, who pulled out on lap 16.

“Then I have to say sorry to Pecco because in that part I was really aggressive, a bit too much. Sometimes I criticise these types of manoeuvres and I was not… it was not dirty, but it was not the best manoeuvre.

“And then with this touch, I don’t know if it was with Zarco there or with Pecco, that affects somehow – we don’t know why – the electronics of the bike, and then I didn’t have traction. 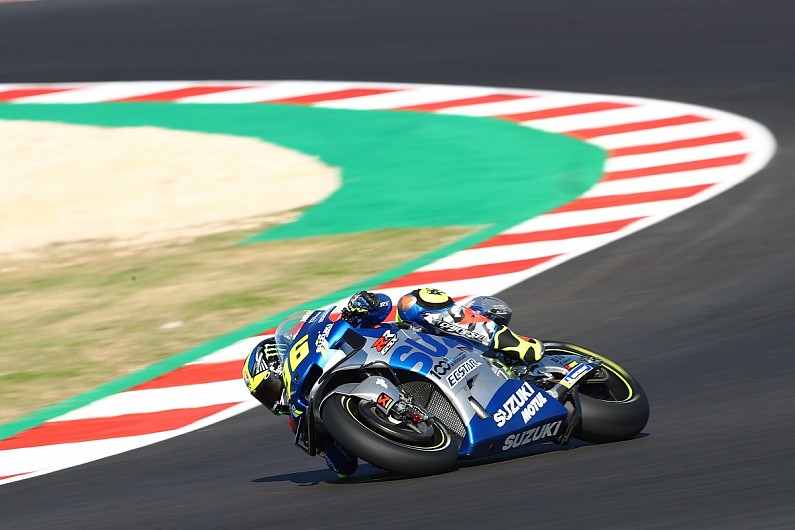 “I was having traction in some parts, some parts not and it was really dangerous because I had some big moments during the race.

Mir insists the electronics issue which hindered his Saturday was not the same as he suffered on Sunday and is unsure of what he could have achieved in his first race as world champion without those technical problems.

“The problems with the electronics of yesterday was not the same today,” he added.

“It was a different story, during the race I didn’t have those problems. The problem today was the traction was failing sometimes.

“I don’t know. We had this problem, and I don’t like to say I would finish in this place because I don’t know.”