Outgoing LCR Honda rider Cal Crutchlow has revealed he is “very far in discussions” with Yamaha over a MotoGP test role for 2021.

Crutchlow lost his Honda ride at LCR earlier this year when Pol Espargaro was signed by the factory squad, necessitating HRC to place Alex Marquez at LCR – with Takaaki Nakagami at the time all but guaranteed to stay put.

The three-time MotoGP race winner was reported to have a pre-agreement in place with Aprilia for a race seat in 2021, but it was only one of intent and expired last month.

It was rumoured Crutchlow was closing in on a Yamaha test rider deal, something that was only heightened when Andrea Dovizioso announced he would be taking a sabbatical in 2021.

Crutchlow has since confirmed discussions are at an advanced staged ahead of the Valencian Grand Prix, stating: “The truth is that I’m in very far discussions with Yamaha and I think in the very near future we will come to an agreement that we’re both happy with.

“It’s a project I’m very interested in to do, it’s something which suits me very well after this season with regards to my knowledge of MotoGP, my experience in MotoGP, my speed.

“I think it’s something that can work well. I informed Aprilia that I didn’t want to do that project. I would not be following that anymore.” 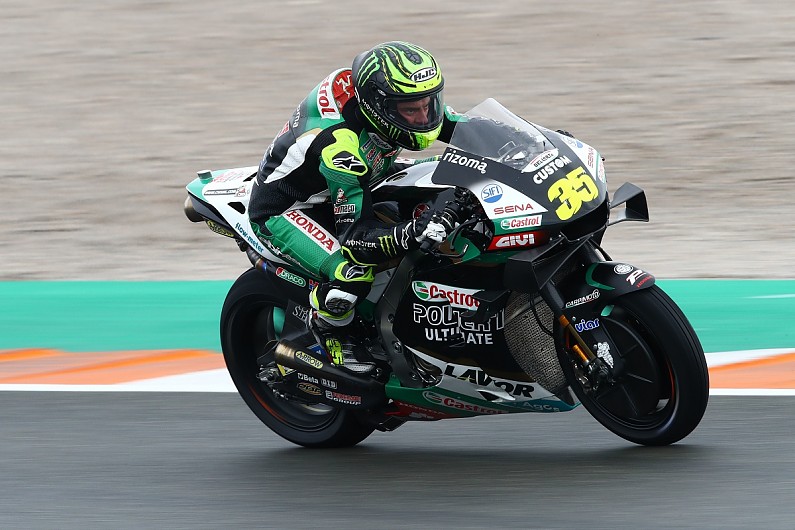 When asked why he elected against the Aprilia option, Crutchlow added: “I have my own reasons but that’s probably not to be discussed on here or now as well.

“It’s not the timing for it. I believe that I made the correct decision. You have to go with your heart and your feeling.

“And I chose a different way to what everybody expected probably.”

Crutchlow nearing an appointment at Yamaha all but signals the end of Jorge Lorenzo’s time as its test rider, with the three-time world champion confirming last month a role at Aprilia was an option.

Crutchlow won the 2009 World Supersport title with Yamaha and stepped up to MotoGP with the marque in 2011 with Tech3 and scored six podiums between 2012 and 2013.

Taking on a test role with Yamaha essentially ends Crutchlow’s full-time racing career, but says he is talking with Yamaha over potential wildcard appearances as part of a potential deal.