Cal Crutchlow says he “knew I’d made the right decision” to stop racing in MotoGP in 2021 and become Yamaha’s test rider upon seeing his daughter’s reaction to the news.

Yamaha confirmed on Friday morning Crutchlow would replace Jorge Lorenzo as its official test rider in 2021.

Crutchlow had been linked to a race seat at Aprilia, but admitted he didn’t want to join the marque in waiting to see what would happen regarding Andrea Iannone’s doping ban – which was upheld and increased to four years on Tuesday.

The outgoing LCR rider admitted his current injury woes played a factor in his decision, and was already sure of his choice to become a Yamaha test rider – with that only further validated by his young daughter’s reaction to the news on Friday.

“I couldn’t keep going in the way that I was going. Today, we told [my daughter] Willow that daddy wouldn’t be racing next year.

“It was sad because it was sad that I was not racing, but she – and I’m not saying this to build anything up – she was in the back of the car and we said I was not going to race next year.

“She said, ‘does that mean you’ll be home more?’, I said ‘yeah’ and she was crying happy tears.

“So, that’s the difference and I know I’ve made the right decision for me, my family and my future. 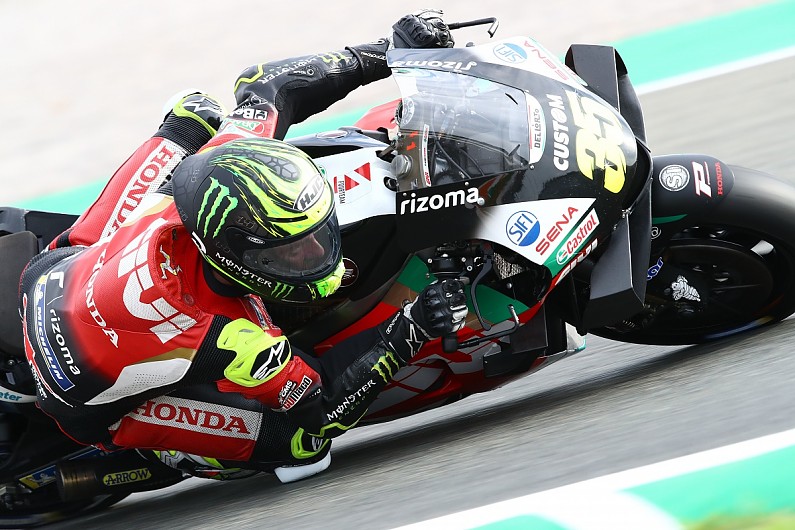 “It’s difficult to walk away from a sport, but I’m still able to do something. Spending time with Lucy and Willow is something that this year especially we’ve not been able to do.

“To see Willow react like that, I knew I’d made the right decision. I already knew anyway, but it was nice to have confirmation from my daughter as well.”

Crutchlow also spoke exclusively to Autosport about his decision to return to Yamaha as its test rider.

He feels the marque needs someone committed to being a test rider, rather than one looking ahead to the following year at a potential racing comeback.

PLUS: Why Yamaha’s MotoGP rivals should fear Crutchlow’s return

When asked if that was him ruling out a 2022 return, he said: “Well, there’s still a lot of opportunities to race in MotoGP even if you are a test rider.

“Now, as I’ve said they wanted someone who wants to be a test rider first and foremost and that’s what I’ve committed to.

“I’ve committed to doing a good job with that and we’ll see what happens. But to take a year out racing in MotoGP, and then come back, it’s very difficult.

“I know Marc [Marquez] did that, but he’s at the right age to do that, he doesn’t have to worry about his speed, he didn’t intentionally take a year out.

“So, I believe it’s not a project where I’m going to take a year out and comeback racing after.

“That’s not my intention at all. My intention is to be a test rider for Yamaha and do my job there as best as I can.”