The first round of the inaugural Extreme E season has been delayed by two weeks in response to the global health crisis.

A maiden event in Saudi Arabia had been planned for 20-21 March, but the championship has now issued a revised calendar confirming a 3-4 April slot for the Desert X-Prix in Alula.

XE founder Alejandro Agag told Reuters: “We are quite optimistic that we are going to keep the date, 99% sure of it but never say never with this COVID situation.

“The fact that the Dakar takes place in Saudi has given us a lot of confidence.

“Hopefully by April things will look a bit better but we’ve been saying that for months and this virus is pretty sticky.

The 12-day Dakar Rally, also in Saudi Arabia, has been able to take place this month courtesy, in part, of the introduction of a ‘bubble’, with XE expected to employ a similar set-up.

Similarly, Formula E has confirmed that its first-ever night races will go ahead on 26-27 February in Saudi to become the opening round of the season after the Chile double-header was postponed in response to the detection of a new and fast-spreading COVID variant in the UK.

This is the second time the first round of the 2021 XE season has been postponed. 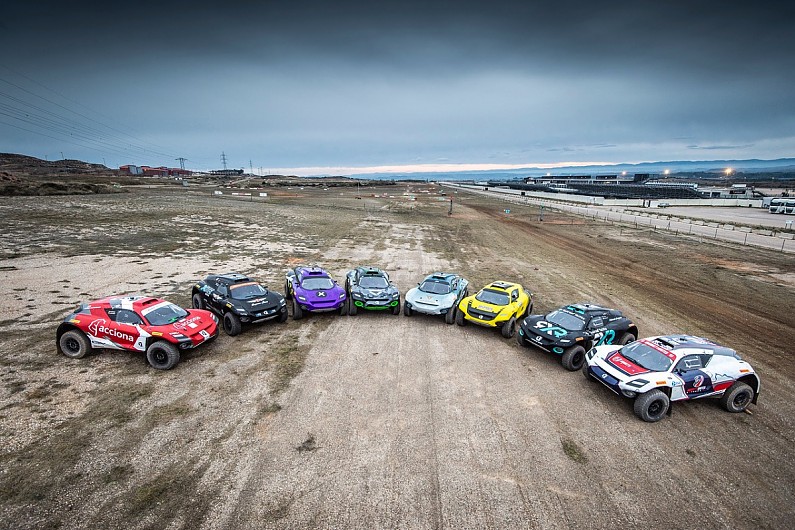 The first draft of the calendar initially proposed a Senegal event across 23-24 January but amid the disruption caused by COVID, it was pushed back to 29-30 May.

This was followed by Nepal falling off the schedule altogether due to the “complexity of getting to the proposed race region”, although organisers have committed to a future round in the country.

An Argentina event was added in the place of Nepal, occupying the 11-12 December weekend to become the season finale in place of Brazil – which moved to 23-24 October.

XE announced earlier this week it had secured a one-year deal with Sky Sports to have the final race broadcast live in addition to the online streams that the BBC will provide.