Bottas was heard fuming over team radio about the decision not to run a two-stop strategy as he struggled with tyre life in the closing stages of the race at Paul Ricard, allowing Sergio Perez to pass for third place.

Bottas has experienced a difficult start to the 2021 season, failing to finish a race any higher than third and scoring less than half as many points as team-mate Lewis Hamilton.

This form comes at a time when Bottas’ future is a subject of widespread debate and speculation, with his contract due to expire at the end of the season and the possibility that Mercedes junior George Russell could replace him for 2022.

Speaking on Motorsport.tv Live on Wednesday, ex-F1 driver Juan Pablo Montoya questioned the relationship between Bottas and Mercedes, believing it would improve if the team made a quick decision about his future.

But Bottas made clear that his frustration over the radio was not a sign that his relationship with Mercedes was at all broken.

“I can be very direct on that, that perception is completely false,” Bottas said.

“We have a good relationship with the team. There are no issues. Those kind of situations, they’re normal.

“I’m sure that not all the things have been broadcast in the past, and what has brought us this far as a team has always been being direct, and has always being honest on your feelings, and if you feel there is a place for improvement.

“So it’s nothing new, and everything is good.” 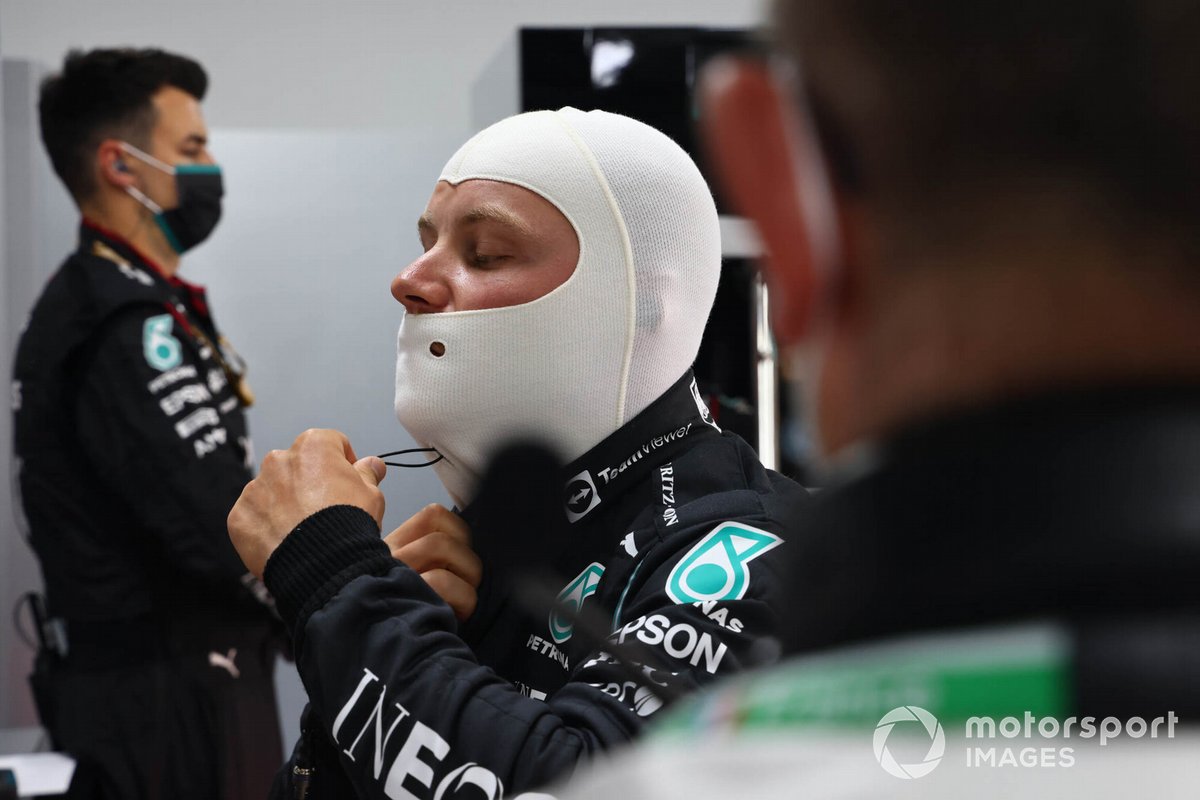 The radio message from Bottas at Paul Ricard was warmly received by Mercedes F1 team principal Toto Wolff, who was glad the Finnish driver was not internalising his feelings.

Bottas felt he could be “more direct” with the team when it came to his radio calls and thoughts on strategy, but was glad that Wolff had taken his message well.

“I’m glad if he liked it, but I wasn’t that happy obviously in that situation,” Bottas said.

“But that’s racing, that’s emotions. It’s so hard to describe the feeling when you’re in the car. We’re not at a tea party, we’re in an elite top sport.

“I want to do well, I want the team to do well. There are emotions, even for a Finn.”

Mercedes has made clear it will not rush into any decision about its driver line-up for 2022, with Bottas also saying that he does not want to be distracted by any talks.

Bottas acknowledged that it was “not a new situation”, given he has always been on one-year rolling deals with Mercedes, but felt it was not the time to discuss a new deal.

“Everyone knows how this sport works: if you make results, you will earn your place where you deserve to be,” Bottas said.

“Again, I’m just going back that there’s 16 races to go. The team knows what I’m capable of, they know how valuable I’ve been in the recent years of getting the championship, etc.

“It’s not yet time for those discussions. We’re now in the beginning of the triple header, that’s the focus now, and I’m sure in the off weeks we’ll have time to discuss when it’s going to be the time.

“But that’s the situation, and that’s where I’m at. I need to try and maximise. It’s simple.”