Carlin has watched Tsunoda become the 27th driver to graduate from his squad to an F1 race seat, and he reckons the Japanese ace will shine.

“He’s been an absolute pleasure to work with,” said Carlin.

“We’ve only had him for one season, and he did everything and more than what we expected.

“Time will tell where he ends up in the pecking order, but I think he’s got a very exciting future ahead of him, and as long as he’s not overwhelmed by the F1 environment, I see no reason why he can’t match what Lando [Norris] is doing, and you never know, he could have a little bit of Max [Verstappen] in him.

“The speed he learns and understands the car, he’s got the natural ability, so it’s just a case of tailoring it to each championship and then getting on with it.

“If he picks up F1 as fast as he picked up F2 then I think he’ll be giving Pierre a good run for his money once they get back to Europe.”

Tsunoda steps up to F1 after finishing third in F2, one position lower than Carlin’s previous F2-to-F1 graduate Norris achieved in 2018 before his rookie season with McLaren.

Carlin says Tsunoda is as ready to take on F1 as Norris was in 2019.

“Absolutely – I’ve got no shadow of a doubt,” he said.

“He is lacking a bit of experience compared to Lando, but his overall pace and understanding of driving a racing car is there. He’s ready to go, for sure.

“The thing with Yuki is, he learns so fast. With F1 you actually get a lot more practice than you do in F2, which will help. 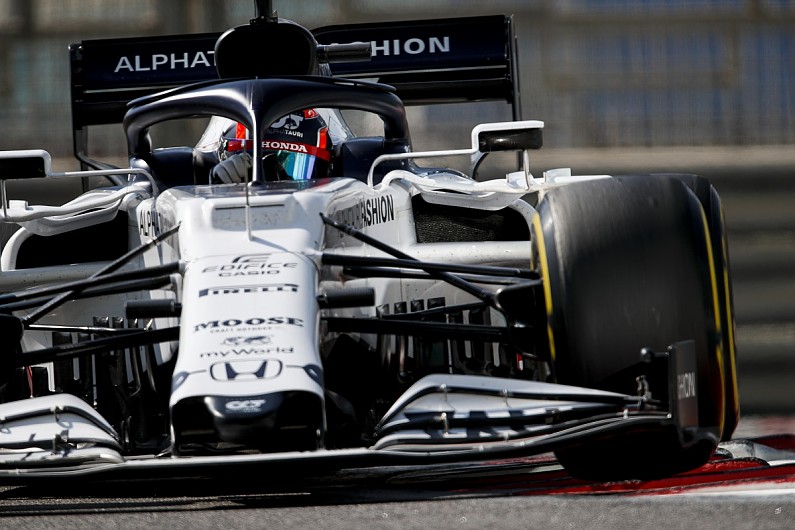 “He’s got to go to a load of new tracks, but he didn’t seem to have any trouble getting up to speed – Sochi for instance, he was quick.

“I’m very hopeful. I would expect him to have some incidents in the first few rounds, but once that’s over and done with I think you’ll find he could shock a few people.”

Daruvala topped the recent post-season Bahrain test, while Williams protege Ticktum was fourth quickest overall after switching from DAMS, the team he raced with this season.

It would be a fourth season at Carlin for Daruvala, who also represented the team in the F3 European Championship in 2017 and 2018, while Ticktum made his F3 debut with the squad in 2016 and returned to contest the Macau Grand Prix in 2019.

“We haven’t signed anybody yet, but that’s our preferred line-up given a following wind and sorting the details out,” said Carlin.

“They’re certainly right at the top of our list – I’d be very happy to go with both those guys.

“We’ve known Dan for a long time – he’s a friend of the team anyway.

“We know his ups and downs and we feel we can give him some stability and some trust, because we really believe in him.

“Dan is a very very good racer, and because of that next year could be a good year for him, because effectively we’ve got two reversed-grid races each weekend.

“So I think it will play into the hands of the guys who can a) hold position and b) make up positions. I’m fairly confident that with those two we would have a very good line-up.”