IMSA SportsCar Championship title winner Dane Cameron is predicting this weekend’s Daytona 24 Hours series opener will be a “wild one”.

The Meyer Shank Racing Acura driver, who won the title with Juan Pablo Montoya and Penske in 2019, believes the increased number of cars for this year and the addition of the LMP3 class to the grid will result in more yellow-flag safety car periods and will change the dynamic of the race.

“It is going to have a different feel this year,” said Cameron who has switched to the Shank team after the end of Penske’s involvement in the Acura Daytona Prototype international programme.

“It’s the most cars we’ve had here for a long time, a new category, new teams, new cars and new drivers to this event.

“Last year especially, with so few cars, the pace was crazy all day, with big stretches of green flag.

“I think this [year’s race] is going to be pretty far from that — it is going to have more of a survival feel to it.”

The 49 cars on the grid represents an increase of 11 cars on the 38 that started the 24 Hours last season. It is the biggest grid at Daytona since 2018 when 50 cars started.

LMP3, which is making its debut in the main IMSA series this weekend, provides seven of the cars in the race. 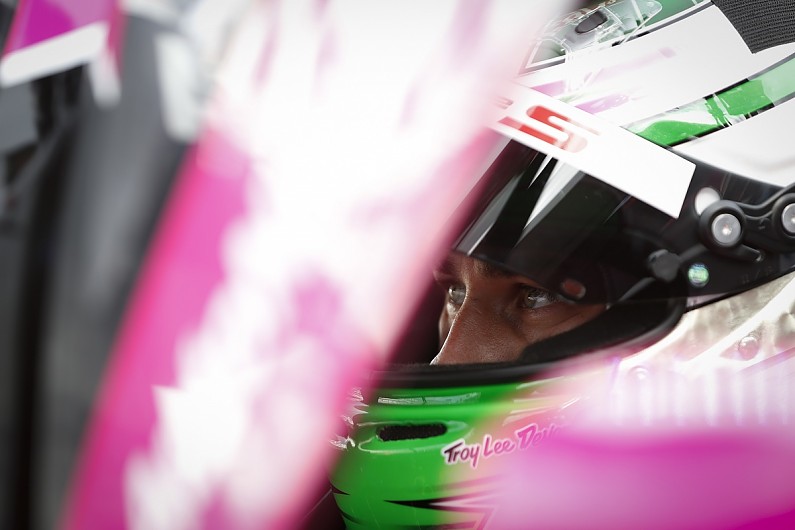 Daytona was interrupted by only six safety cars over the course of the 24 Hours last year and the 2018 event by just four.

The 2019 edition, which was wet for much of its duration, included 16 safety car and a 90-minute red-flag period before the race was brought to a premature finish two hours early.

Montoya, who will race the Shank Acrua ARX-05 in the four IMSA enduros this year alongside full-season drivers Cameron and Olivier Pla, suggested that a cautious approach in traffic will be required this weekend.

“The 24 Hours is pretty unique in the way you spend so much time in traffic,” he said.

“This year they have added LMP3, so it is going to be even crazier in the way you catch them – just being patient and just being smart will make a huge difference.”

AJ Allmendinger is the fourth driver in the Shank Acura this weekend.

The Daytona 24 Hours begins at 3:40pm local time in Florida.

The grid has been set by a 100-minute qualifying race, which took place last weekend at the conclusion of the official pre-event Roar test, with the Action Express Racing Cadillac driven by Felipe Nasr, Pipo Derani, Mike Conway and Chase Elliott starting from pole.