Jenson Button says he would do more testing if he were to return to GT3 racing in future after a tough debut weekend in the British GT championship at Silverstone.

The 2009 Formula 1 world champion finished 14th on his GT3 debut in a McLaren 720S GT3 he shared with his Jenson Team Rocket RJN co-owner Chris Buncombe, with both left mystified on Saturday by problems with getting the tyres up to temperature that left them only 18th fastest.

The team changed the dampers overnight with Button reporting there was “something fundamentally wrong” with the car, and he finished an encouraging fourth in the red-flagged warmup held in dense fog.

However, although Button felt the car was more stable in high-speed corners on raceday, but he and Buncombe were unable to make progress from their grid position, setting the 18th fastest lap of the race.

“I still think there’s something not quite right with the car that we need to find,” Button told Autosport.

“We did change the dampers and it was a lot better in the race, I had a lot more confidence to carry speed in with a bit of oversteer and actually got the front turning which was nice.

“Compared to the other McLarens out there that I watched, it felt pretty good.

“In terms of pace when Michael [O’Brien, RJN stable-mate] was in the car in front of me, it didn’t feel that we had a very different pace, it felt like I could hold onto him. 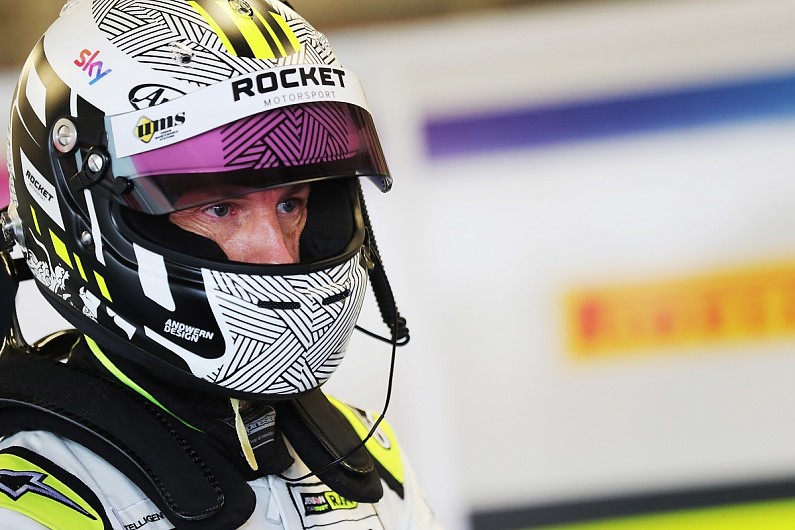 “It was a good day in terms of time in the car and just getting a feel for a GT3 car really.

“As the fuel came out it got a little bit better but I think there was more just in us as drivers getting used to the car really through a stint.”

Button and Buncombe had only managed one day of testing before the event in heavy rain, which meant the team was firmly on the back-foot and myriad changes, including sacrificing the first half of FP2 to spend more time on set-up work, made little difference.

Button said that the experience had underlined how much preparation would be needed to be competitive if he were to return.

“Definitely if I was going to drive one again, I would do a lot of testing to get everything right,” he said.

“In terms of getting up to speed, I feel that I’m up to speed in terms of what I can do with the car and confidence with ABS and what have you, but it’s just the way that it feels isn’t really to my liking.

“I don’t think it’s a normal feeling from what Chrissy has said, the way that the car feels, so we would need to do a lot more work of finding a direction with it.” Ocon: Potential Russell Williams exit would show how “cruel” F1 can be – F1