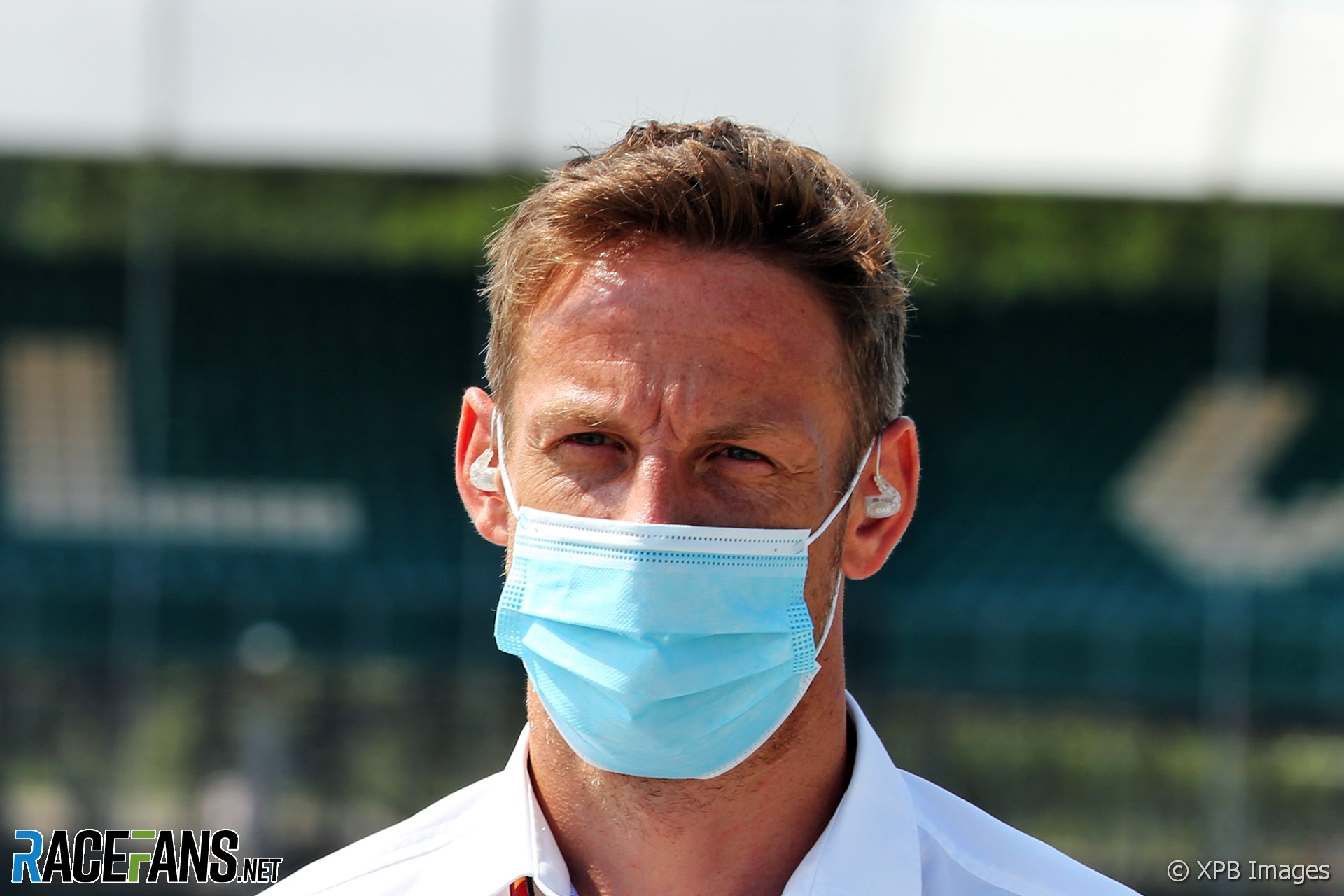 Formula 1 world champion Jenson Button has called for Italian kart racer Luca Corberi to be given a lifetime ban from the sport after a shocking video emerged of him attacking a rival during today’s FIA Karting world championship.

Footage of Corberi’s behaviour during the KZ Final race have been widely shared on social media. The 23-year-old Tony Kart driver retired nine laps into the 25-lap race after colliding with rival Paolo Ippolito.

The official broadcast of the race (below) shows Corberi standing at the side of the circuit and throwing the bumper from his kart in the direction of Ippolito as he passed by.

Button shared amateur footage from the paddock after the race which appears to show Corberi and another individual physically attacking Ippolito. Corberi’s family are the operators of the Lonato circuit where the race took place.

“Luca Corberi has just destroyed any chance he had at a racing career after his disgusting behaviour today at the FIA Karting World champs,” said Button on social media. “His father owns the circuit and is seen power driving the guy into a wall. Life ban for both of these idiots please.”

Corberi and Ippolito were both disqualified from the race over the collision, which was not shown during the race.

The stewards ruled DRG driver Ippolito “could not avoid to make contact with driver 61 [Corberi] and following that action forced the driver 61 to retire.” However he was found to have infringed the Code of Driving Conduct on Karting Circuits concerning collisions between competitors.

The official race classification notes Corberi was given a “disqualification from the competition for a (very) bad manoeuvre” under Appendix L, Chapter IV article 2(c) of the International Sporting Code, which requires driver to “use the track at all times”.

It remains to be seen what action the authorities may take over Corberi’s subsequent actions.