The British Touring Car Championship has increased success ballast back to its 2015-18 levels for the 2021 season following a teams’ meeting.

Maximum success ballast, which is carried by the championship-leading driver for qualifying and race one of a weekend, and then by the winners of races one and two for races two and three respectively, will be upped from 60kg to 75kg.

Ballast was reduced two years ago because the field was so tight that it was felt that the extra weight was having too detrimental an effect on successful drivers – following in the wake of Colin Turkington winning the 2018 BTCC title despite scoring just one race victory in his West Surrey Racing BMW 125i M Sport.

But the argument now, according to a BTCC statement, is that “cars now demonstrably carry success weight far more capably and competitively than before”.

While the maximum ballast will be 75kg, this will reduce in 9kg increments down to 9kg for 10th position. 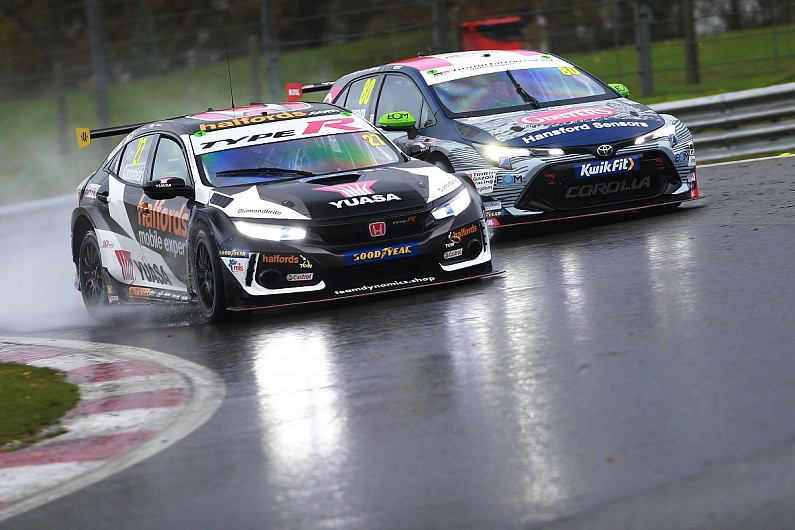 The BTCC will also partially restore its option-tyre rule, which was abandoned for 2020 in the wake of the coronavirus pandemic and the difficulties facing teams having to operate on reduced staff levels at race weekends.

Option tyres will return for four of the 10 rounds, after comments from some observers that a series already featuring success ballast and reversed grids does not require a further variable.

Oulton Park, Croft and Snetterton will feature the soft Goodyear compound used as the option tyre, while at Knockhill it will be the medium, and it will be compulsory for the option to be used in at least one race at each of those events.

The Goodyear medium is mandated across all races at Donington Park, Silverstone and the two rounds at Brands Hatch, and it will be the hard that is compulsory for the two trips to Thruxton.

The teams also voted for an extension of the experimental top 10 shootout qualifying system that proved a success on its first use at Snetterton in October.

This will be in place once again at the Norfolk circuit, along with the rounds at Donington and Silverstone, with the top 10 from an initial 25-minute qualifying session going through to fight it out for pole for 10 minutes following a five-minute break.