McLaren Formula 1 boss Zak Brown believes the new Williams owners will need to “get their chequebook out” to help turn the team’s fortunes around.

After the Williams family announced back in May that it was considering selling the team, American investment fund Dorilton Capital acquired the British squad at the end of August.

The deal put an end to the financial uncertainty facing the Williams team, giving a boost to its finances after recording a loss of £13million through 2019.

Parallels were drawn between Williams and McLaren, both teams that won F1 titles through the 1980s and ’90s but have since dropped back from the leading teams.

McLaren fell as low as ninth in the F1 constructors’ championship in 2015 and 2017, but has since undertaken a significant recovery programme both on- and off-track.

The team sealed third place in the constructors’ championship this year, marking its best finish since 2012, and announced £185m of fresh investment on the eve of the season finale in Abu Dhabi.

Asked if Williams was capable of completing a turnaround similar to McLaren, Brown said it was possible, but would require spending from the new owners to kick-start a recovery.

PLUS: Why a new era for Williams could beckon success 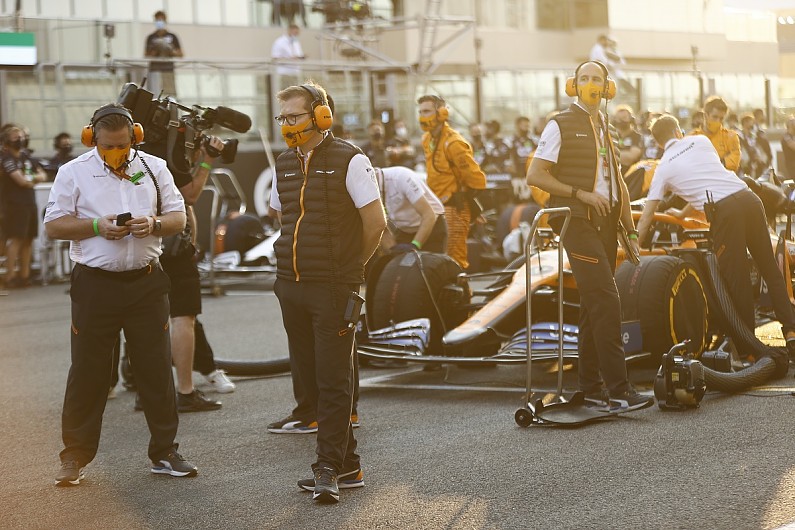 “They’re a great racing team,” Brown said. “They’re going to need to invest, the new investors, a lot of money. They are behind in revenue from finishing 10th in the championship, and doesn’t appear to have much sponsorship.

“They have the people, the know-how, the skill. They just need the resources which they’ve lacked.

“So it will take some time, but I think they’ve made a big step for this year. While they’re yet to score a point, they’ve certainly been in a position to a couple of times.

“There’s no reason why they can’t, but they’ll need to continue to invest in the team, because it looks to me that they don’t have the same level of revenue that we had.

“As we know in Formula 1, it takes money to go fast, so they just need to continue to get their chequebook out.”

Williams recently announced that former McLaren F1 CEO Jost Capito would be joining the team for the 2021 season, as well as handing Simon Roberts the role of team principal on a permanent basis.

George Russell and Nicholas Latifi will continue to race for the team next year, with the latter bringing significant sponsorship and backing from Canada that helps to support its racing operations.