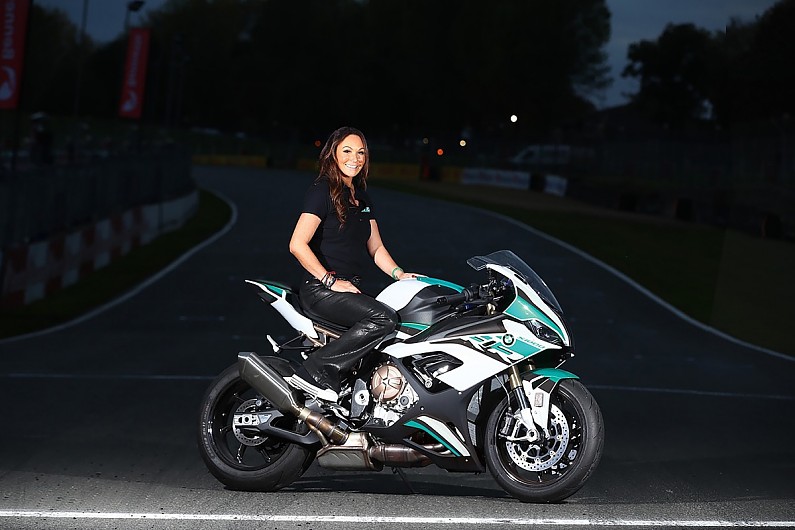 If you thought car racing was a male dominated sport, it’s nothing compared to motorbikes, where female participation at rider, team management and engineer level is very low.

While there are programmes in place to encourage female participation in cars, like FIA Girls on Track and powerful voices like Michele Mouton and Susie Wolff, bike racing has few parallels.

This season, the British Superbike Championship, the strongest domestic series in bike racing, will have a female team owner, Faye Ho.

She’s not the first woman to do this, Jenny Tinmouth ran a BSB team in 2011, while Ho is taking over the Smiths Racing outfit previously run by Rebecca Smith.

But Ho has ambitions to build something substantial and lasting. Having survived breast cancer and being orphaned at the age of six and after a successful business career in her own right, she is now taking on her biggest sporting challenge.

Ho has been sponsoring riders for over 10 years, winning the Macau Bike GP with Stuart Easton in 2010 and more recently backing the world’s fastest road racer Peter Hickman and Michael Rutter.

At the end of last year she took over the Smiths BSB team and rebranded it Faye Ho Racing. Hickman will ride one of her BMWs and ex-World Superbike rider Xavi Fores the other. 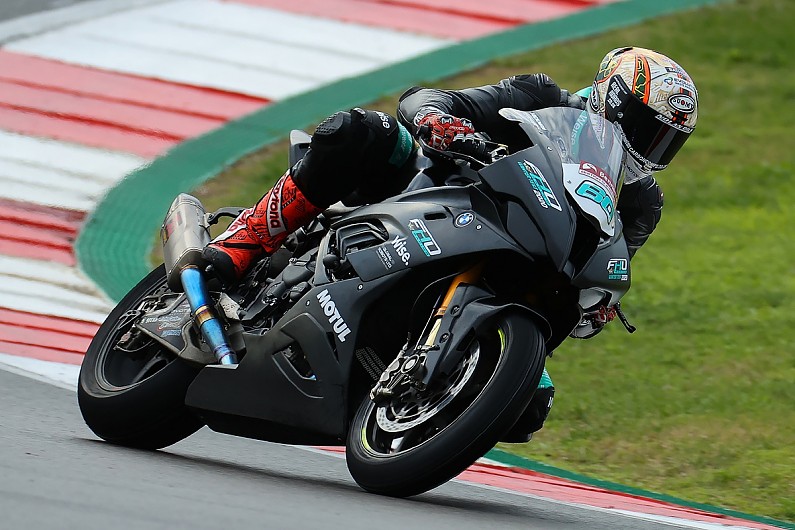 Where she blazes a trail, she hopes more women will follow.

Ho fell in love with bike racing as a little girl, growing up in Macau. A dual British Macau national, she was raised by her grandfather, Macau casino mogul Stanley Ho and every November she would watch the Macau Grand Prix car and bike races from a family house next to the course.

“I remember as a little girl, I used to sit on the ledge of the garden area where I could overlook the course and just watch racing all day long, loving it every minute of it,” she recalls.

“So that’s where the passion started; the enthusiasm for racing. I was just so amazed by the riders, how they ride those bikes and the thrill of it. And also being able to meet some of the riders; I thought, they’re just so down to earth, and a good laugh.”

Ho’s grandfather was a friend and backer of legendary Hong Kong team owner Teddy Yip, whose Theodore Racing team is a record eight-time winner of the Macau GP and entered 63 Formula 1 grands prix between 1977 and 1983 with drivers including Keke Rosberg and Patrick Tambay.

“Our family is still a very big supporter of them. So I think it’s (motorsport) always in the blood,’ says Ho. ‘And it’s just something that I knew that I just wanted to be involved with. I just loved it so much. 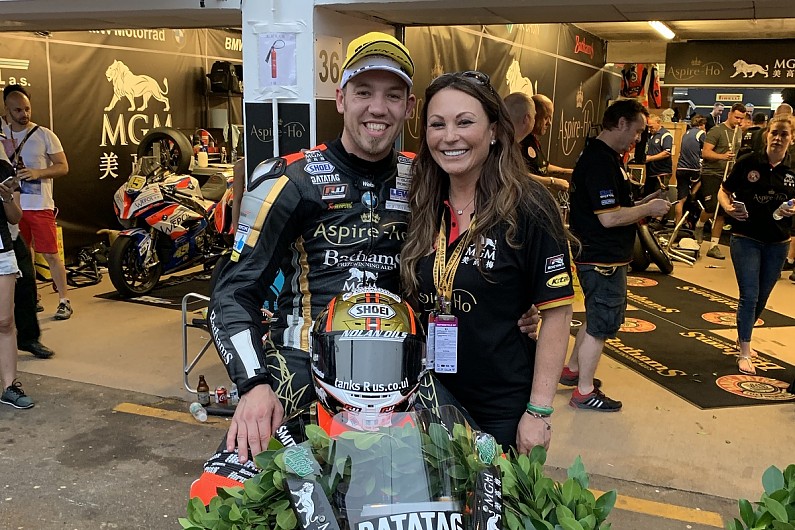 “For me going into bike racing, I know it is a bit out of the norm, because I’m the only female team owner in BSB.

“It’s a bit of a challenge, obviously being such a male dominated sport. And secondly, there’s online comments, and people are going to say things.

“I think the most important thing is you just have to do what you love and focus on the end result and just enjoy it.

“Life is always going to be difficult. But if you are happy with what you do, and you enjoy it, you should always take on a challenge.”

Online trolls aside, Ho wants to encourage more women to get involved in bike racing and sees no reason why programmes like Girls on Track can’t succeed on two wheels as well as four.

There have been a few women to break through, as well as Tinmouth who was also a BSB racer, there is TT rider Maria Costello and Ana Carrasco, who won the 2018 World Supersport 300 championship – making her the first female to win an international bike racing world championship.

“I think for motorcycle racing, or any type of racing, there should be more females involved with it, ‘ says Ho. 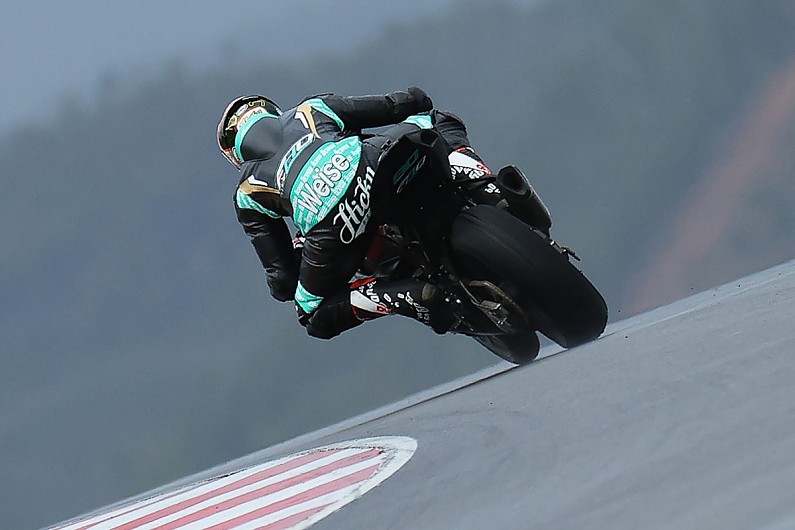 “Because at the end of the day, how I see it, we are all human. And if someone has a passion for something, we should all be able to pursue it and chase our dreams.

“We need to see more women involved; more female riders or more female management; that’s what I would like to see in the future. We are getting more female car racers.

“I think for bike racing, it will take a bit longer to change. But I think eventually we will see more female riders.

“I hope I am (driving more female interest). Because of my background, I did a lot of charity work back in Macau.

“And I’m so comfortable having my own opinion. So I think it’s good for me to voice how I feel. And it’s such a great sport, motorcycle racing. I believe that there’s potential for more female team owners to be involved with it.”

Surviving stage three breast cancer in 2016 put into focus what she wanted to devote her time and energy to and it’s clear that breaking through the barriers to own a bike racing team came out high on her list of priorities.

“It’s changed how I see life and the world. And I guess it is why I am pursuing running my own team in British Superbikes, because you only live once and if there’s something you want to do, go and do it because you might not get a chance.

“And obviously, you are going to get people that will shoot you down, giving you negative comments, ‘You can’t do this, you can’t do that’.

“But if you have the right support around you, you will be able to do it. I just said, ‘Why not?'” 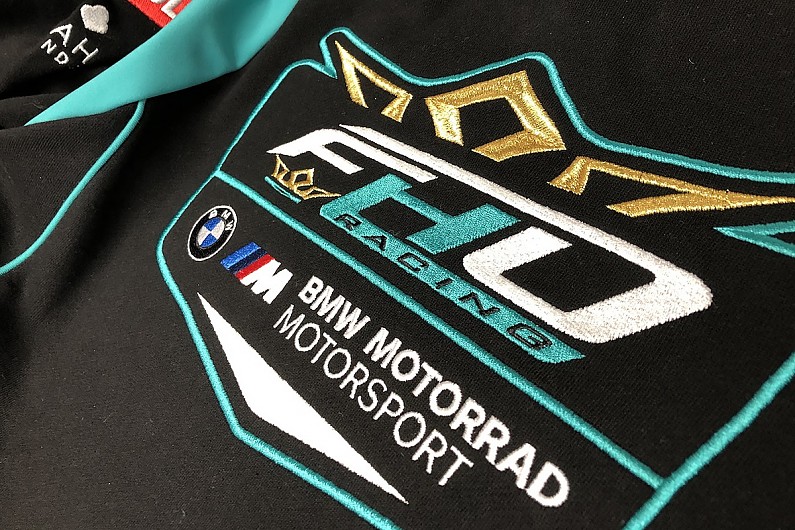