British GT champion Sandy Mitchell will defend his title with Barwell Motorsport next season and has been rewarded with a Lamborghini factory contract.

PLUS: How a BTCC veteran conquered the summit in British GT

Having first represented the Italian marque in 2018, his performances have caught the eye of Lamborghini Motorsport boss Giorgio Sanna, who has now added Mitchell to his eight-strong roster of works drivers in 2021.

He joins Andrea Caldarelli, Marco Mapelli, Albert Costa, Franck Perera, Giacomo Altoe, Giovanni Venturini and a returning Mirko Bortolotti, who is back in the Lamborghini fold after one year on the books with sister brand Audi.

Mitchell, who will partner Adam Balon next season, told Autosport that the news vindicated his decision to abandon single-seaters after a single MSA Formula (British F4) campaign in 2015 that yielded two victories at Thruxton.

“This factory status is what I’ve been working towards since the age of 16, so it’s a great feeling to be able to achieve that and I’m looking forward to the next chapter in my career with Lamborghini,” he said.

“I’m really proud to be able to have this and to continue my career and definitely looking forward to being in the sport for a long time.”

Barwell team boss Mark Lemmer said that Mitchell had all the qualities necessary to thrive as a factory driver.

“You need to have the speed, that’s a given,” he told Autosport.

“But he’s got so many of the other attributes needed; calmness, fairness and the way he goes about his business.

“So absolutely he deserves it and I’m sure it will just be his first step onto much more success.” 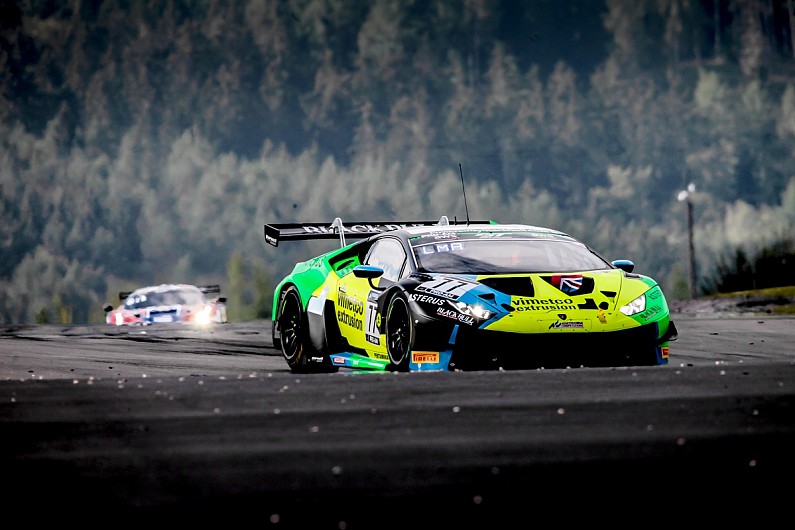 British GT has banned Silver-Silver line-ups in GT3 in a move designed to entice more amateur drivers next year after Mitchell and Collard’s success, with the latter – an FIA-graded Bronze running as a derogated Silver – unlikely to return to British GT in a Silver-Am crew.

INSIGHT: The impending British GT change that has split opinion

Lemmer said the team was hoping to continue with Collard for a second season in the GT World Challenge Europe.

Barwell’s second British GT entry will be driven by 2018 Blancpain Asia champion Dennis Lind and team regular Leo Machitski (above), marking Lind’s return to British GT for the first time since he split with WPI Motorsport after Oulton Park.

Lemmer was impressed by Lind’s performance as the team won the 24H Series Barcelona 24 Hours in 2019, and when the Dane most recently drove for the team at the 2020 Dubai 24 Hours.

“We all know that we can work well together, it’s not a new combination,” added Lemmer.

“I know that Dennis gets on well with Leo, I get on really well with Dennis and I think that we can get the best out of each other.”