British GT will scrap its GT3 Silver class next year, with Silver-graded drivers able to compete only alongside a Bronze-graded amateur in a move designed to keep pro-am pairings competitive.

Six cars have been entered in the Silver category this year, comprising over half of the GT3 grid after several withdrawals from prominent pro-am entries resulting from the COVID-19 pandemic left just five full-season entries.

Typically comprised of aspiring professional drivers, Silver cars run more weight than pro-am cars to compensate for their greater performance against the amateur drivers, but some Silver crews have had to carry more weight than others – creating disagreements between the teams.

Of the eight races held so far in 2020, only three have been won by pro-am pairings that have traditionally upheld the championship, while silver crews Sam De Haan/Patrick Kujala (RAM Mercedes) and Sandy Mitchell/Rob Collard (Barwell Lamborghini) hold the top two positions in the standings with one round to go at Silverstone.

A championship statement explained the change will be made “to redress the balance while maintaining a viable environment for young, would-be professionals to develop and prosper”.

The proposed Silver-Am class would also accept entries at the series’ discretion, as not all drivers that are encompassed in the FIA’s broad Silver ranking will “automatically qualify”. 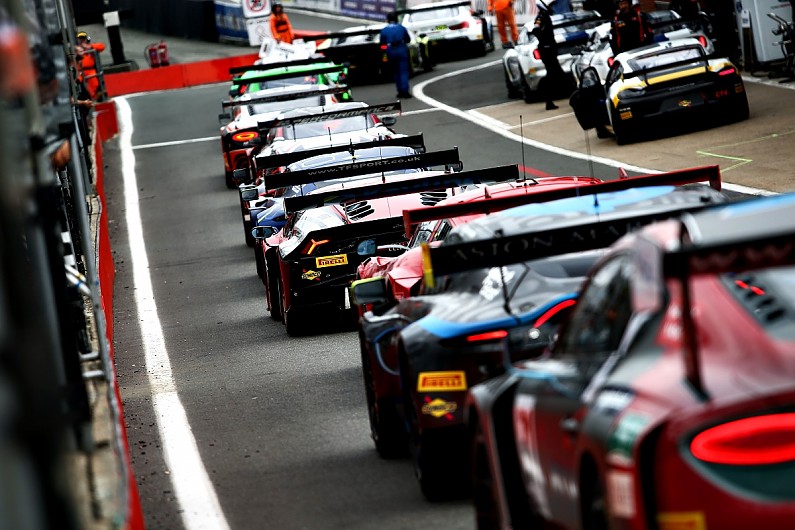 “Instead, the silver element will typically comprise promising but less experienced young drivers, GT4 graduates or those likely to contribute some budget when paired with a Bronze-graded amateur,” it said.

It is unclear whether Silver-Am crews will be allowed to carry less weight than Pro-Am cars featuring a Platinum or Gold-rated professional or factory driver.

The GT4 class will be unaffected by the changes, with all-Silver pairings allowed to compete against entries from pro-am – a class which was decimated by the pandemic and has only one full-season entry in 2020.

The championship has also announced its calendar for 2021, with a return of the overseas round at Spa-Francorchamps bringing the schedule back to the seven rounds across nine races that were originally planned this year.

The season is due to start with its traditional Easter weekend double-header at Oulton Park and is set to conclude with a two-hour race at Donington in September.