The final round of the British Touring Car Championship will take place as scheduled at Brands Hatch on 14-15 November, despite the UK entering a new lockdown.

The BTCC’s classification as ‘Elite Sport’ by the government’s Department for Digital, Culture, Media & Sport means that it can continue behind closed doors amid new measures to control the coronavirus pandemic.

Ironically, it was this very classification that prevented circuits from admitting crowds from the delayed start of the BTCC season in early August, and as such was something that was lobbied against, but has now proven to be the salvation of the final round.

It follows in line with the Premier League and English Football League declaring over the weekend that they would be able to continue during lockdown under the ‘Elite Sport’ ruling.

A BTCC statement read: “The BTCC has worked tirelessly to maintain the safety of its drivers, teams, staff and all personnel through its own strict protocols that actually exceed those of the government guidelines.

“TOCA [the BTCC organiser] will continue to ensure those protocols are strictly adhered to, so as to provide a very safe and secure environment for all participants at our final event.

“We salute the support and professionalism consistently shown by everyone involved in the BTCC, and acknowledge this is hugely positive news for our drivers, teams and suppliers whose livelihoods depend upon our events. 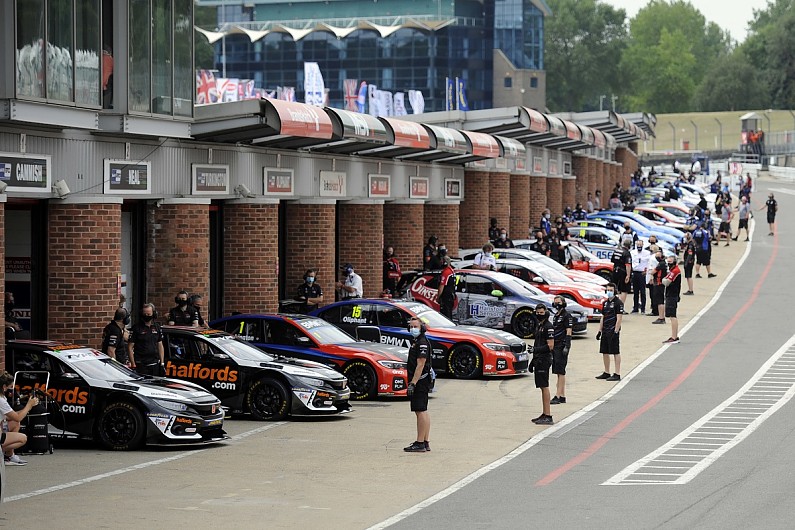 “Most importantly of all, it will particularly lift the spirits of the many hundreds of thousands of BTCC fans throughout the UK who will be able to watch the finale live on ITV4.”

The BTCC’s exemption under lockdown means that the hotly anticipated five-way title fight can reach a natural conclusion on the Brands Hatch Indy Circuit.

Dan Cammish is 25 points adrift in his Team Dynamics-fielded Honda Civic Type R, while Tom Ingram is 44 behind Turkington in the Speedworks Motorsport-tended Toyota Corolla.

Rory Butcher is mathematically in title contention with his Motorbase Performance Ford Focus, but is 65 points behind with only 67 on the table.