Valtteri Bottas wants to know why there were no yellow flags out warning him about the debris he hit on lap two of the Formula 1 Emilia Romagna Grand Prix.

The Finn had led the Imola race from pole position but his hopes of victory suffered a blow on the second lap when he struck a front wing endplate from Sebastian Vettel’s Ferrari that had been left on the track at the Tosa corner.

Vettel’s debris had come off his car when he collided with Kevin Magnussen on the first lap, and no attempt appeared to have been made by marshals to remove it before the cars came around again.

As the first car on the road, Bottas struck the piece. Having only spotted it at the last second, he managed to avoid running across it with his tyres and instead aimed for it go under the middle of his car.

But despite avoiding the risk of an immediate puncture, the endplate damaged Bottas’ floor before getting lodged near the diffuser area.

The incident cost Bottas around 0.8 seconds per laps of performance, with team data showing it had robbed the car of around 50 points of downforce.

Speaking after the race, Bottas said he was interested to know why the debris had been left there and why there were no yellow warning flags out. 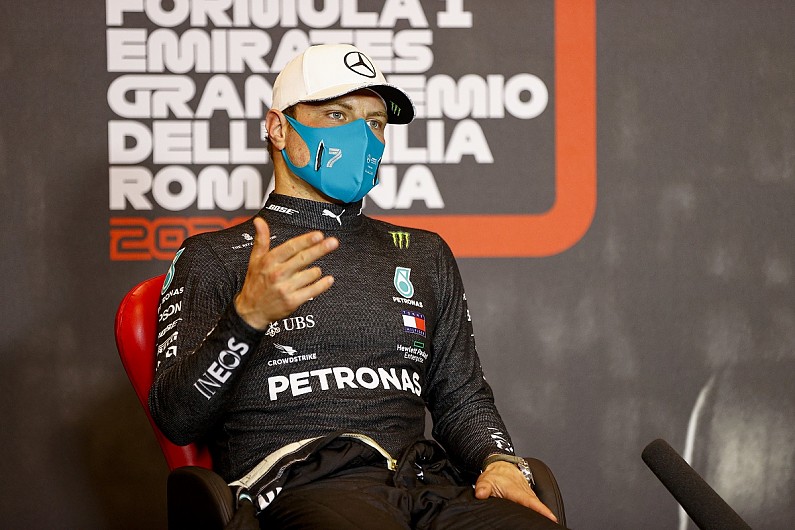 “It was a big piece of debris and I didn’t have enough time to react, to go around it. I only had time to decide how I’m going to hit the debris and I decided to go straight over instead with the tyres.

“So it would be good to get more of an understanding why there was not any sign [warning] of a big piece of carbon, because obviously it’s dangerous if there’s flying things around. But it sure didn’t help my race.”

Although Bottas managed to hold on to the race lead for a while after hitting the Ferrari part, he eventually slipped back as the damage to his car led to inconsistent handling.

His Mercedes team-mate Lewis Hamilton managed to take the lead after running a longer opening stint, and Bottas had looked set to finish third before Max Verstappen’s exit with a puncture promoted him back to second.