Channel 4 has announced Ben Edwards will step down as the lead commentator for its Formula 1 coverage at the end of the 2020 season.

Edwards, 55, has served as the lead commentator for the UK’s free-to-air F1 coverage since 2012, when he joined the BBC, and remained in the role upon the broadcast rights’ switch to Channel 4 in 2016.

He has appeared in the commentary box with David Coulthard throughout his time in the role, as well as being part of Channel 4’s on-site broadcast crew at races.

Edwards has worked in F1 since 1995 and lent his voice to a number of other motorsport championships, including CART and BTCC, through his career. He is also an avid racer in is spare time.

In a statement issued on Wednesday, Channel 4 announced that Edwards had taken the decision to step down from his role at the end of the season.

“Commentating on F1 for the last nine years has been a real privilege, but it’s time for me to step back from the front line of such an intense world and take a wider perspective on motorsport and life,” Edwards said.

“Working with DC, Steve [Jones] and the C4 crew has been incredibly rewarding and I wish them all the best. I’ll be tuning in!” 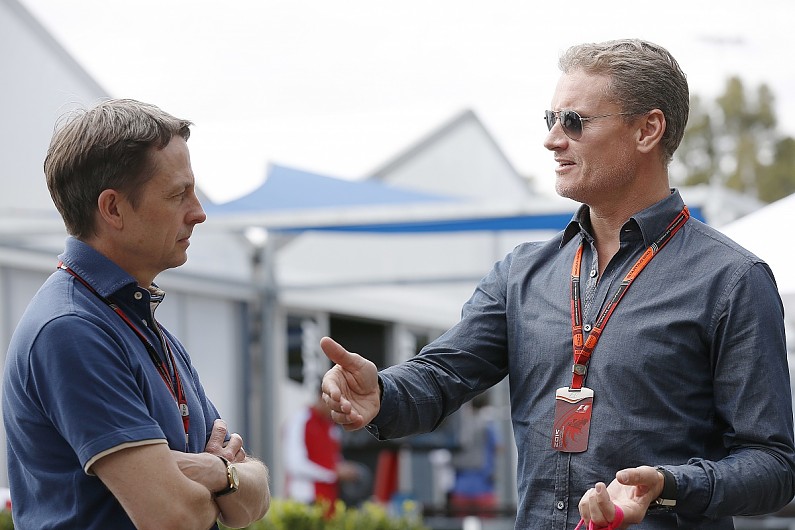 “Ben is first and foremost in my eyes a racer, combine that with an attention to detail and encyclopaedic knowledge of Formula 1 and what you have is an individual who is unique in his broadcasting role,” added Coulthard.

“I consider it one of the many privileges I have enjoyed during my time in motorsport that I had the opportunity to spend nine years standing beside Ben in the commentary box.”

Channel 4’s head of sport Pete Andrews expressed his regret that Edwards was leaving the role.

“Ben has been an exceptional commentator in his time at Channel 4 and we will miss his skilled judgement and timing,” he said.

“It’s a rare art form to be able to enhance the broadcast with both subtly and panache and I know that Channel 4 viewers will be as sad as we are to hear that he will be leaving.”

Channel 4 did not state who would replace Edwards in the role, but that it would make an announcement “in due course”.