Autosport 70: How an Australian superstar bowed out in style | Supercars News

When one of the most famous names in Australian motorsport began to say goodbye to competing, it gave Peter Brock a chance to reflect on his life and times in the spotlight, as Autosport reported in the 6 November 1997 issue of the magazine

‘And on the V8th day,’ read the banner displayed by the hoons on Mount Panorama, ‘God created… Brock!’ That’s Peter Brock, Australian icon, the angel put on the earth by Him to further the cause of motorsport Down Under, the man who drove his final race at Bathurst last month.

And in a country where parents chant ‘football, meat pies, kangaroos and Holden cars’ to their impressionable children, the occasion was far more important than any trivial Villeneuve versus Schumacher shootout at Jerez.

Throughout Australia, fans have flocked to rounds of this season’s 5-litre V8 touring car championship for their last chance to see 52-year-old ‘Brocky’ in action. His impending retirement also undoubtedly contributed to the encouraging crowd for the Super Touring AMP Bathurst 1000, and the amazing 52,000 attendance at the breakaway Primus 1000 V8 race on ‘the Mountain’ two weeks later. The man himself estimates that he signed 10,000 autographs on that final weekend.

He went out fighting, too. He won a heat at the Oran Park championship finale, took to the British Touring Car Championship Vauxhall Vectra like a duck to water in the Super Touring Bathurst (despite rolling it on the first day of practice, the first inversion of his 30-year career), and then memorably led his last ever race in a Holden Commodore before retiring with engine failure.

The astonishing, and at times infamous, career of Brock – encompassing nine Bathurst ‘Great Race’ wins and three Australian Touring Car Championship titles – was at an end.

“I guess I’ve got a number of reasons for wanting to retire,” he ponders. “I’ve had a good innings. I’m still satisfied with my ability to get behind the wheel of a car and make it do things. From a personal point of view I’m really happy about having that zing, that feeling of vitality. But there’s more to it than that; I’ve enjoyed very much working with the young guys (in the search-for-a-star Holden Young Lions squad which has run alongside the Holden Racing Team for which Brock drives) and trying to impart some of my experience to them. 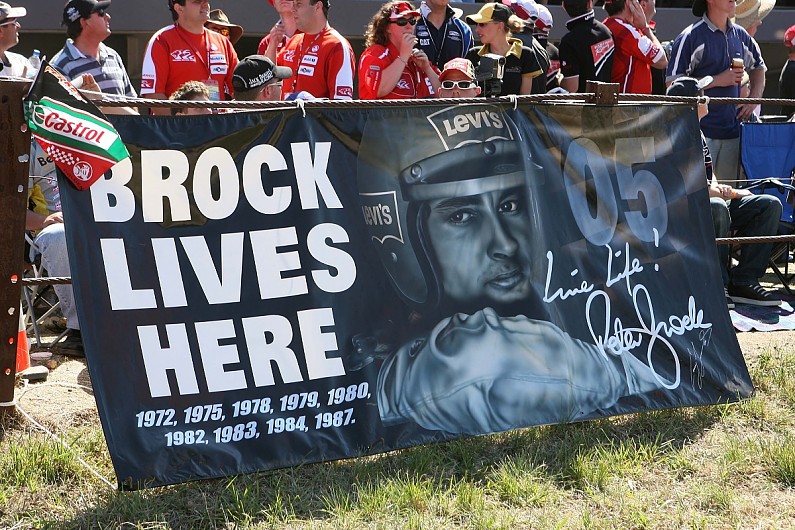 “You can either talk to them and try to befuddle their minds, or sit back and say, ‘Now, I genuinely want to help these people out because it’s their turn. I’ve had a go and it’s time for them to find out what the world has to offer’.”

He means it, too. This isn’t a case of a driver putting his name to a project with the aim of taking the money and running. Instead, Brock seems ‘new age’ in his philosophy. The most famous example of that came in 1987 when Brock and an associate developed the energy polariser, a small black box consisting of magnets and crystals which, by aligning the molecules of the car, was intended to improve the performance and handling of Holden’s products. Holden didn’t like it and split from Brock for several years. He was even accused of witchcraft, which he refuted at the time with the comment: “I can tell you that I’ve never killed a virgin, and that’s a fact!”

These days he steers clear of controversy, but there’s no doubting there’s something in the psyche of this herbal tea-sipping superstar which causes him to radiate an inner calm and outer serenity. Sometimes, you could close your eyes and almost smell the patchouli on this guy’s statements.

“If you keep on kicking on, eventually it becomes a bit of a groundswell, and sooner or later people say, ‘Yeah, you’re onto something here’. Then, with the access you can gain with the media, you can talk to millions about some issue, and if that’s a motorsport issue you can put a positive message out” Peter Brock

He continues on his theme of young drivers: “I’m building a driver training centre, which will be for general road driving from the bottom levels and could take them to competition driving.

“I find that, anywhere in the world, young people want guidance and advice about what to do, because it seems like the education systems these days teach people how to earn a living rather than how to live their lives. I use my reputation and name I’ve gained in motorsport to give me access to talk to people about issues that aren’t necessarily just driving. They’re more to do with attitudes to driving and to life.

“And if you’re going to have a successful career as a race driver, you’ve got to have a sense of equilibrium, a bit of balance.”

So by getting through to the kids, you can improve life and sport for everyone then? “You can only just chip away,” says Brock. “You might only get through to a small percentage, and cynics might say, ‘What’s the point?’ There’s an old story: a guy’s walking along a beach at high tide, picking up starfish and throwing them back. Someone walking along behind him says, ‘What are you doing throwing them back? That’s a waste of time. Look at all the starfish out there, how big the ocean is. It’s a joke, give up.’ And the guy casually bends down, picks up another one, tosses it back and says, ‘Well, I made a difference to this one, didn’t I?'”

“The thing is, if you keep on kicking on, eventually it becomes a bit of a groundswell, and sooner or later people say, ‘Yeah, you’re onto something here.’ Then, with the access you can gain with the media, you can talk to millions about some issue, and if that’s a motorsport issue you can put a positive message out.” 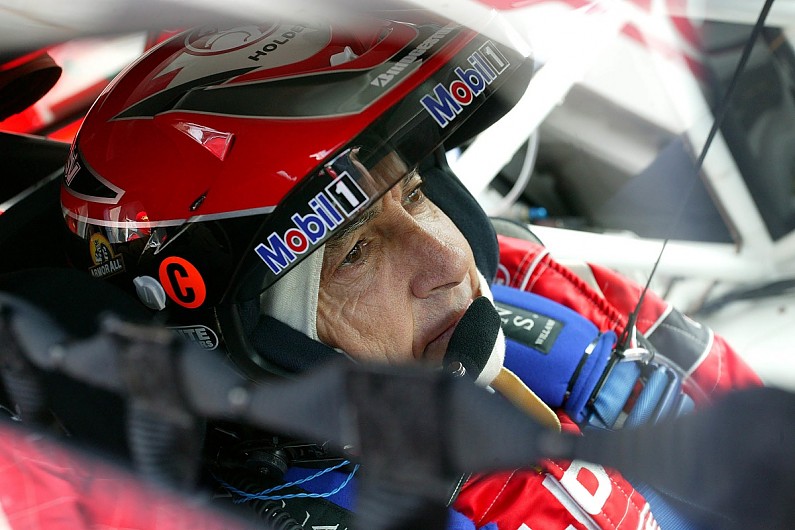 Apart from helping the youngsters, Brock’s retirement will be spent as a peacemaker, trying to bring a truce in the Australian war between the rival touring car codes of Super Touring and V8s: “If there’s a way of making these people sit down and talk then I’ll be doing it, don’t worry. I believe I can hear both sides of the story and understand where they’re coming from.

“After so many years I got to understand the economics of how a racing team works and how much a promoter makes out of a race. You’ve got to have controversy, a bit of excitement to titillate the public, because it is entertainment after all. But by the same token you can’t afford to give them the impression something’s wrong, because they’ll lose interest.”

Bathurst, the object of the struggle, is inextricably linked with Brock, the man who made the 3.8-mile Mount Panorama his own. The race is such a part of the fabric of Aussie culture that ‘Peter Perfect’ has, on occasion, sacrificed his chances in the championship in favour of getting things right for one weekend in October.

“Any time you talk to anyone in this part of the world, they’ll always know what happened at Bathurst, but very few know what happened in the championship,” declares Brock. “I’ve never been as fully committed as I ought to have been in the championship. You win it and a few days later you’ve forgotten about it. But you can sit back and say, ‘Let’s get our homework ready here; let’s homologate some good parts; let’s get things right for Bathurst’.

“You’ve got to have this focus, know what you’re going to do. Never given in, because you know that this race, this track, is so unpredictable. Being the eternal optimist, I just press on.”

Acutely aware of his role as an Australian motorsport ambassador to the world, Brock claims not to regret that he hardly ventured further afield, although he did race for Holden in the 1987 World Touring Car Championship.

“There’ve been two or three reasons,” he reveals. “I’ve always had a family that’s been very close and I’ve been back here doing family-type things, following the footy team, and going to weddings and funerals. 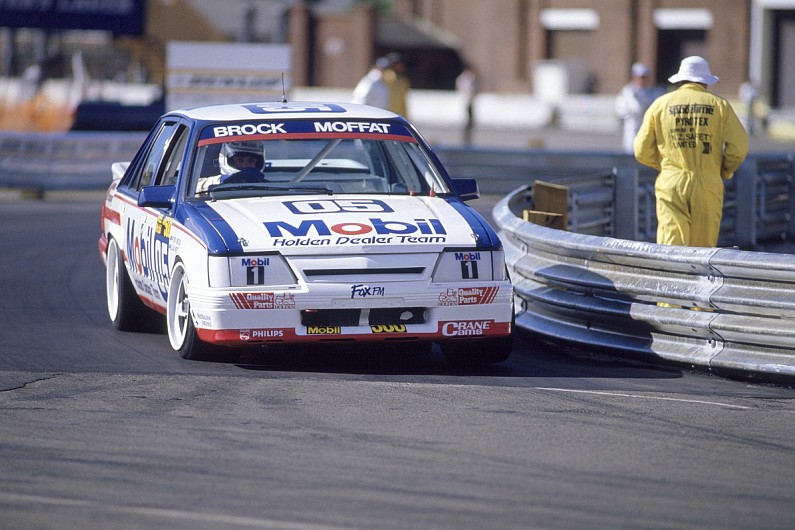 “There have been business activities I’ve been involved with in Australia, operating my own race team for a period and having my own special vehicles business. My life has been inextricably wound up with being in this country. I’ve enjoyed travelling and racing on circuits in Europe, but I’ve also enjoyed getting back home again. And this place (he gestures at his Bathurst surroundings) has been a magnet to me.”

“Motorsport is a fantastic educator, a massively complex university. You see the different personalities with their own ideas. Then you pick up the common thread of how to achieve and build up a rapport with the public” Peter Brock

And Brock, the magnet to all Aussie race fans? In a difficult world, he’s one of the good guys. Rarely could you meet anyone with a more positive aura.

“Motorsport is a fantastic educator, a massively complex university,” Brock philosophises. “You see the different personalities with their own ideas. Then you pick up the common thread of how to achieve and build up a rapport with the public. You’ve got to expect to get what you give out – that’s always the bottom line. Ultimately, as you sow, so you shall reap.”

Retirement did little to diminish the legend of Peter Brock. To this day, no other Australian racing driver has become a household name to quite the same extent.

Stars like Craig Lowndes, Dick Johnson and Mark Skaife go close, but – like at Bathurst in his heyday – Brocky is still in a league of his own. Incredible, really, given his final full Australian Touring Car Championship campaign was more than two decades ago.

Next year, on 8 September, it will be 15 years since Peter Perfect was tragically killed while competing in a tarmac rally in Western Australia. Days earlier he’d been a star attraction on the other side of the globe, competing at the Goodwood Revival in a Holden 48-215 – his final circuit racing appearance. 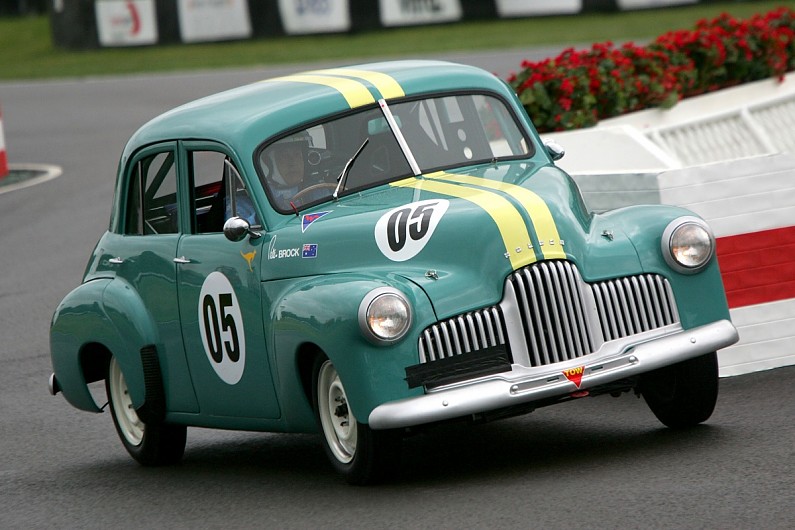