Audi will quit Formula E at the end of the 2020-21 season ahead of a return to topflight sportscar racing with the creation of a new LMDh programme.

The German manufacturer offered technical support to the privateer Abt team during the first three seasons of the all-electric championship before taking full control prior to the 2017-18 campaign.

In the six years to date, the team has scored 12 victories – 10 for Lucas di Grassi, two for Daniel Abt – and won the 2017-18 teams’ championship in the final season of the Gen1 cars.

However, the manufacturer is set for a shock exit at the end of the 2020-21 season, which will potentially pave the way for a return to Le Mans 24 Hours competition – having exited the World Endurance Championship LMP1 class in 2016 with the conclusion of its R18 e-tron programme.

An FE exit comes despite the team developing a new powertrain for the latest e-tron FE07 car, the first time it has been designed in-house, as part of a ground-up two-year programme.

However, Audi will continue to operate in FE as a supplier of powertrains and uphold its deal to customer team Envision Virgin Racing until at least the end of 2022.

Audi FE team principal Allan McNish told Autosport: “At the end of season seven [2020-21], as an official Audi entry, we will stop our works involvement in Formula E.

“We will continue to support customer teams through season eight as well.

“For season seven, we still have maximum focus and maximum attack. There’s no change to that at all. It’s just that our official factory team will stop this particular part at the end of 2021.”

The Volkswagen Group, of which Audi falls under the umbrella, has massively expanded its all-electric motorsport operations in recent seasons. 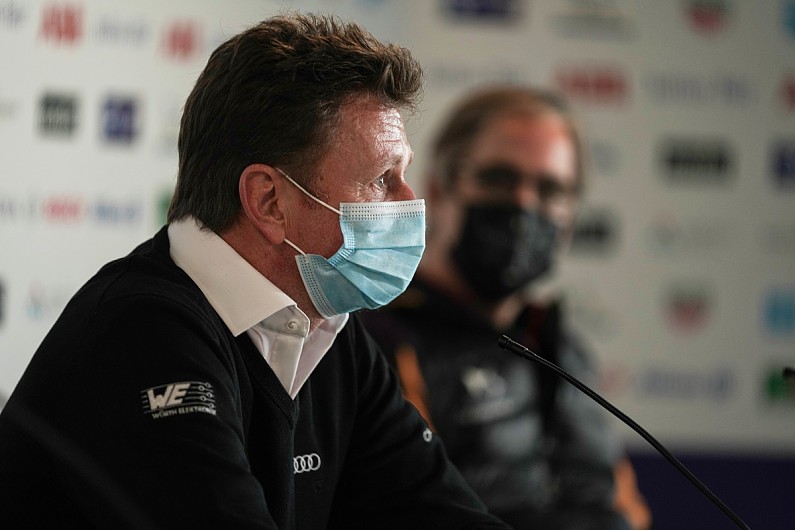 In addition to the Audi FE team, this includes the VW ID.R prototype that holds the outright Pikes Peak and Goodwood hillclimb plus electric Nurburgring Nordschleife lap records.

For the 2019-20 FE season, sister VW Group company Porsche joined the championship with drivers Andre Lotterer and Neel Jani and finished eighth in the standings – two places behind Audi.

Both FE teams’ operations and powertrain technology are totally independent, with the Porsche set-up utilising the learnings of the 919 Hybrid LMP1 car – a project killed off at the end of the 2017 WEC season.

This news of Audi’s decision to leave FE comes just a day after the Mahindra Racing team became the first FE outfit to commit to the championship for at least the next three seasons by signing up to the incoming Gen3 regulations.

With the FE grid at the maximum 24-car capacity, Audi’s exit will afford space for a new two-car entry.

This is unlikely to be Honda, despite its F1 exit, and although Aston Martin executive chairman Lawrence Stroll held talks about a potential buyout of an FE team, the manufacturer has shelved plans for its all-electric Lagonda sub-brand in recent days.

A Dakar Rally programme is also rumoured to be in the works for Audi, with its all-electric e-tron SUV the prime contender.