Aston Martin was perhaps the most open of all Formula 1 teams when it came to the launch of its latest challenger.

But as the new AMR21 rolled out on to the track in Bahrain for the start of pre-season testing, it was clear to see that the team was already ringing the changes, with its floor showing some interesting updates.

In order to claw back the performance that has been lost due to the introduction of the new regulations, there are certain parts of the car that will have to work a little harder aerodynamically.

One such area is the section of floor ahead of the new diagonal cutout, with everyone eager to redesign the edge of the floor to make up for the loss of the fully enclosed holes that had become a design fixture on all of the cars up and down the grid.

Using this area of the floor can help to reintroduce some degree of seal to the floor, helping to reduce the amount of turbulence entering within. 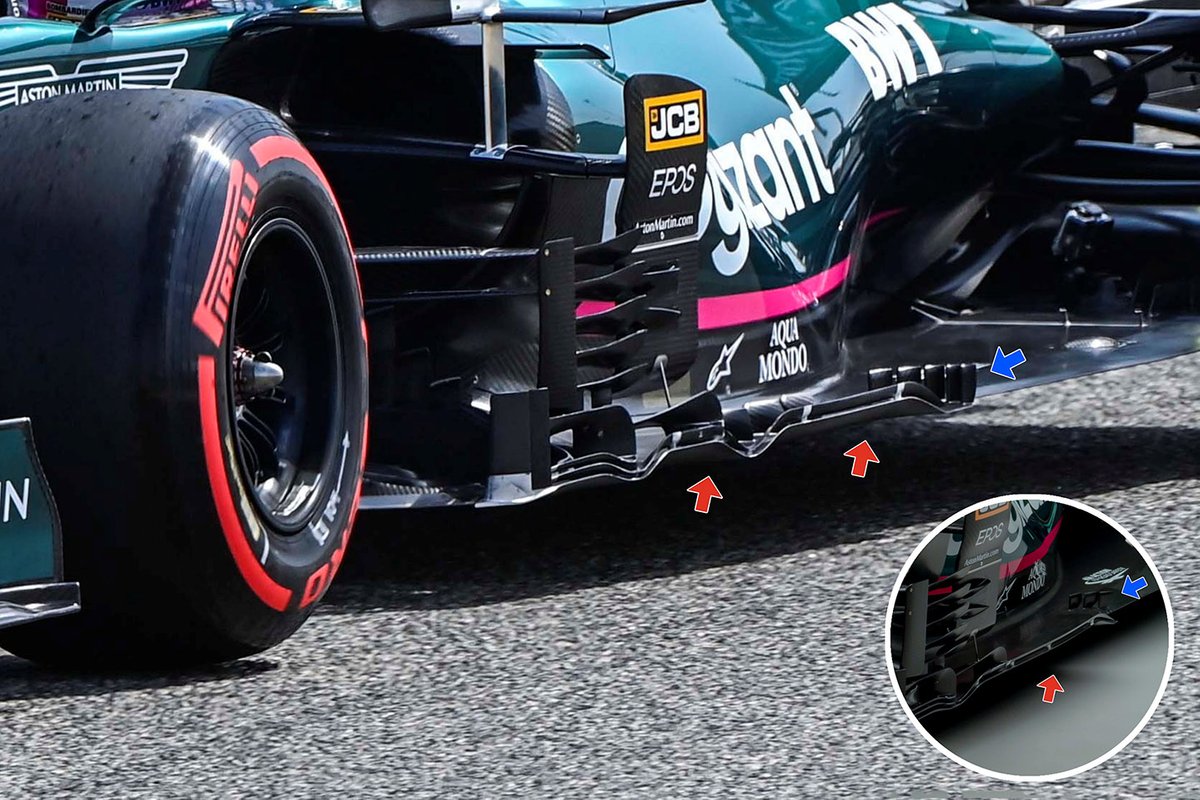 In comparison to the images from the official launch to today’s on track action, it can be noted that Aston Martin has already installed a new floor with revised features.

Firstly the floor edge has been treated to some additional contouring, which creates several upswept scrolls and requires that the flaps mounted above are also designed in a similar manner (red arrows, above).

This is much in the same manner to the design Mercedes produced, although the Brackley-based squad introduced a greater number of curves in the floor.

Introducing those allows any airflow drifting outwards underneath the floor to expand, creating a mid-diffuser effect.

Meanwhile, the outwash fins placed on the floor around the diagonal floor cutout and notch have also been revised, with their shape changed and frequency increased from three to five.

These changes will help recover some of the aerodynamic losses associated from the rule changes as they divert the airflow upstream of the areas that have been directly affected.