AlphaTauri presents its new look for the 2021 F1 season · RaceFans 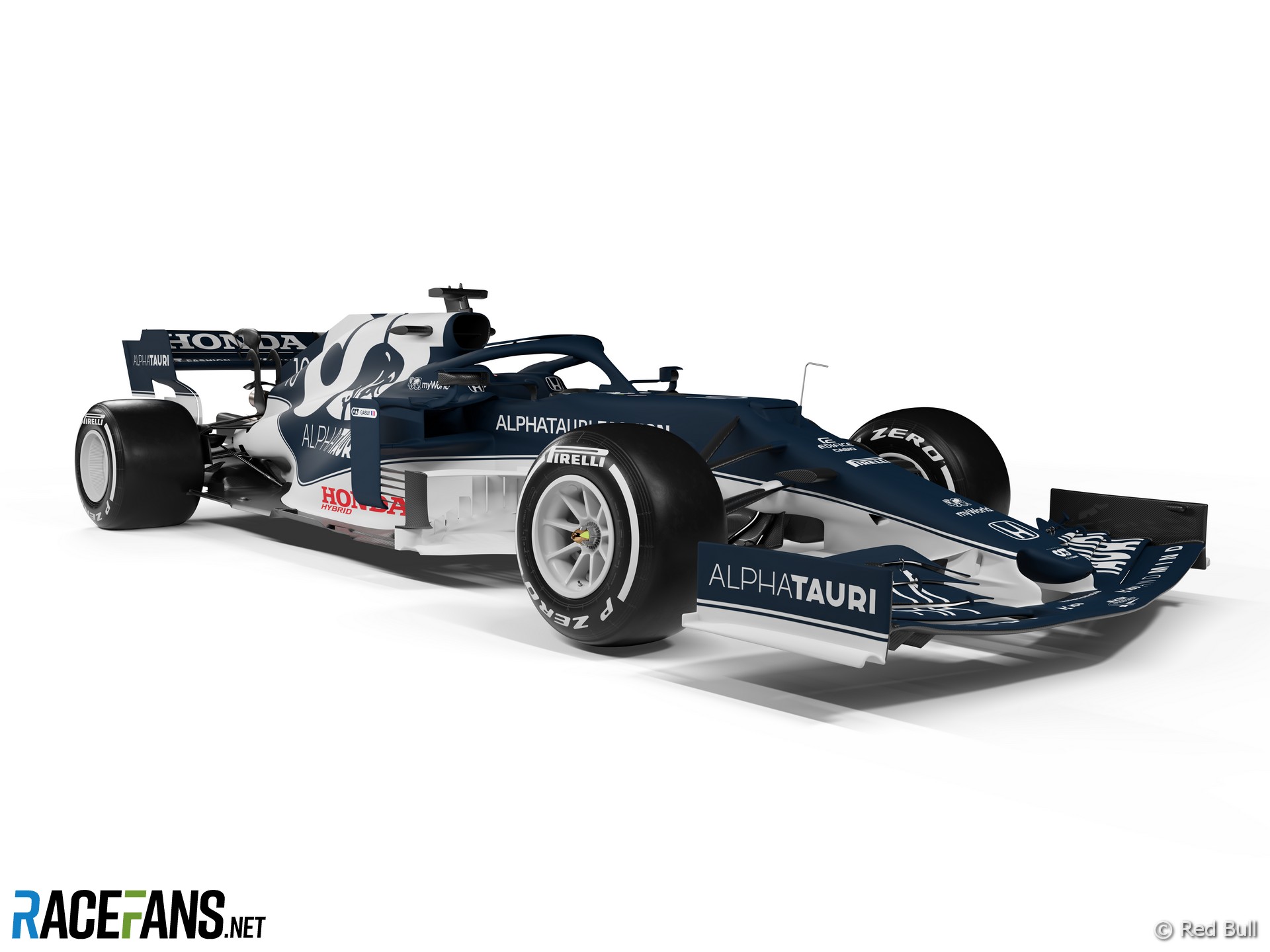 AlphaTauri has become the second team to reveal its new look for the 2021 F1 season.

The AT02 is the second Formula 1 car produced by the team, previously known as Toro Rosso, since its rebranding.

For the fourth year in a row the team is using Honda power units. The Japanese engine manufacturer is to leave Formula 1 at the end of the season but AlphaTauri will continue to use its engines next year.

There is one new face in their driver line-up. Pierre Gasly, who joined the team in 2017 and scored a shock victory in last year’s Italian Grand Prix, remains. However his former team mate Daniil Kvyat has been replaced by rookie Yuki Tsunoda, 20, who will be the youngest driver on the grid this year.

Gasly scored the majority of the team’s points last year on its way to seventh place in the constructors championship. RaceFans Round-up: F2 title-winning 2020 campaign was my best year yet