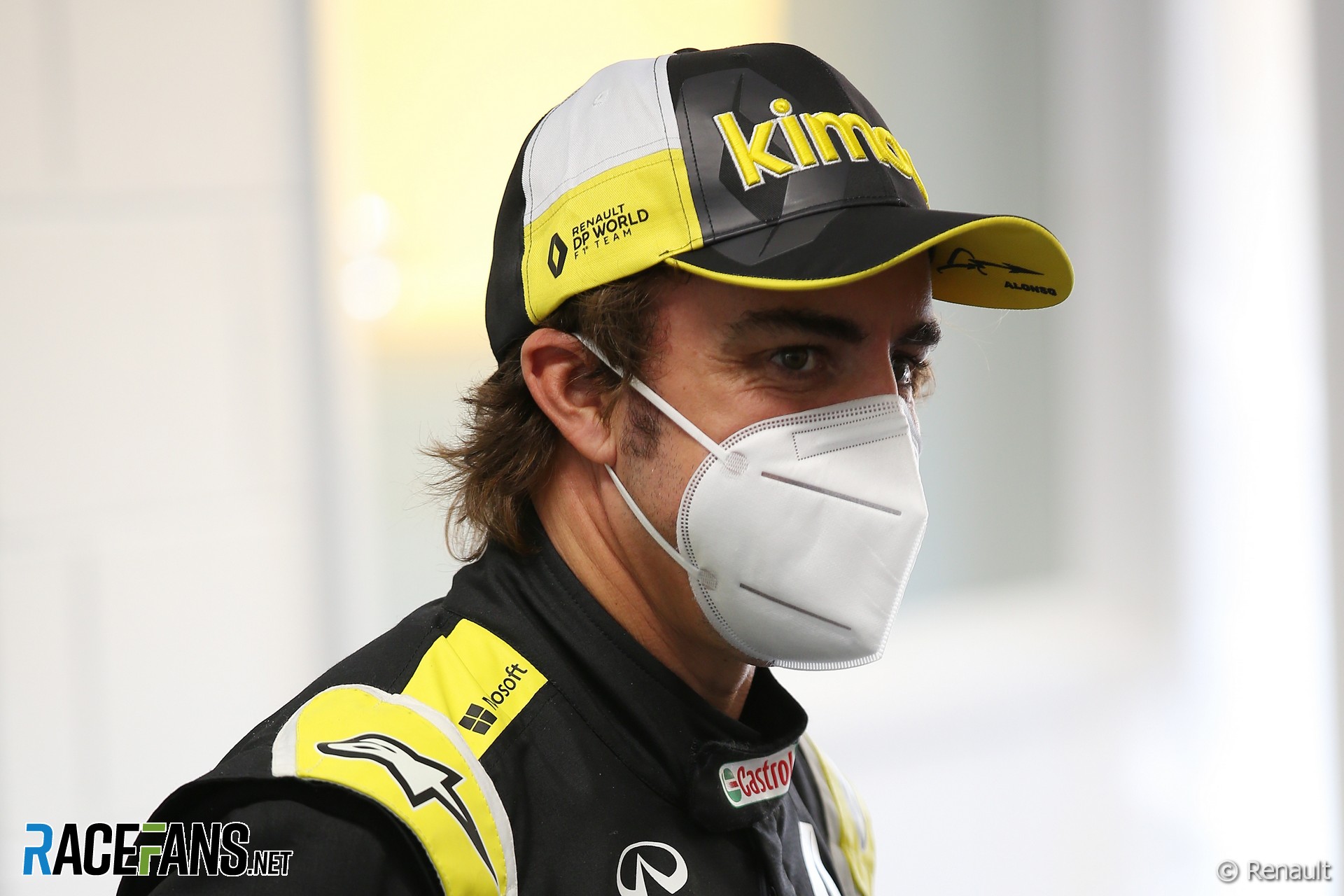 Fernando Alonso will continue preparations for his return to Formula 1 racing next year by testing a Renault at the Circuit de Catalunya today.

The two-times world champion, who won both his titles with Renault in the mid-noughties, will drive the team’s current RS20 chassis in a filming day. Under F1’s regulations he will be limited to no more than 100 kilometres of running in the car – a maximum of 21 laps at the home of the Spanish Grand Prix.

Renault has made strides with its 2020 car in recent races. On Sunday Daniel Ricciardo, who Alonso will replace at the team next year, scored the team’s first podium finish since its return to F1 as a full constructor four years ago.

Alonso’s run was rumoured during the Eifel Grand Prix weekend, though as recently as Sunday Renault would not confirm it was going ahead. It is the first time he has driven an F1 car since he tested for McLaren in April 2019. He last drove a Renault F1 car when he left to join Ferrari at the end of 2009.

“Returning behind the wheel is going to be an amazing feeling,” said Alonso before his run. The team will be rebranded as Alpine ahead of his race return next year.

“It’s very special to be back in Barcelona. I remember my first test with Benetton was in the year 2000. It’s going to be the same circuit, 20 years after that first test. It’s going to be one of the last opportunities with a car named in the Renault brand because next year it’s going to change.”

“Preparing for the test was not easy,” he added. “With the Covid restrictions it was not the normal preparations. Not many days in the simulator. But nevertheless I think we are ready.” RaceFans Round-up: “I don’t know how Racing Point haven’t sealed third in the championship yet”