Double world champion Fernando Alonso topped the times at Formula 1’s young driver test in Abu Dhabi on Tuesday, as he completed a full day of running for Renault.

The Spaniard, who is returning to F1 next season with the team when it will be known as Alpine, had caused some controversy by being allowed to run at the test despite of his vast experience.

Both he and Renault were eager to gain some extra mileage, having only driven the 2020 car at a Barcelona filming day earlier this year.

During a qualifying simulation run towards the end of the day, Alonso put in a lap of 1m36.333s – which was faster than both Renault drivers Esteban Ocon and Daniel Ricciardo produced in qualifying for last weekend’s Abu Dhabi Grand Prix.

Formula 2 rookie of the year Yuki Tsunoda, who is tipped to replace Daniil Kvyat at AlphaTauri next season, completed 122 laps as he got up to speed in the team’s current car and ended up fifth on the timesheets. 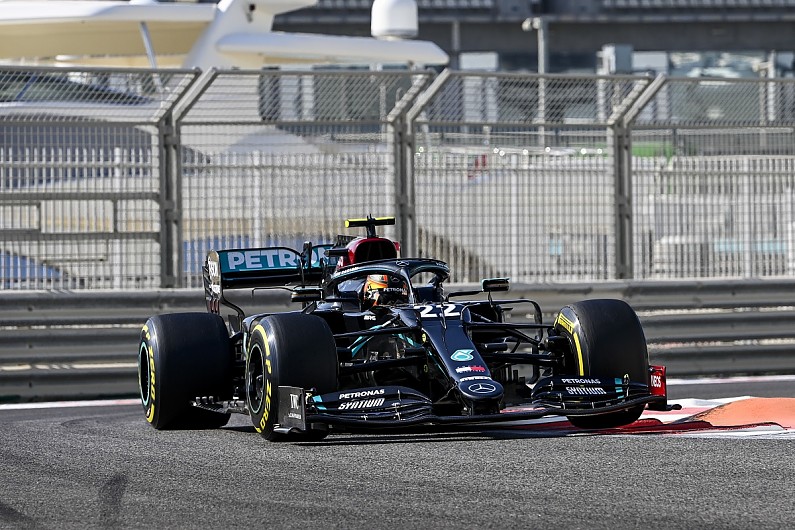 The three-time Le Mans 24 Hours winner put his RB16 backwards into the barrier, damaging the rear wing and other components. He eventually ended up 12th overall.

The other Ferrari was being driven by F2 race winner Robert Shwartzman, who was getting his first run in a contemporary F1 car.

Mick Schumacher, who ran in Friday free practice in Abu Dhabi for Haas, completed another day of running for the team ahead of his F1 debut in 2021.

The German ended up slowest overall, but completed more than 125 laps.

The Abu Dhabi young driver test was the final day of 2020 F1 action for the year, with cars now not allowed to run until pre-season testing begins next March in Barcelona.