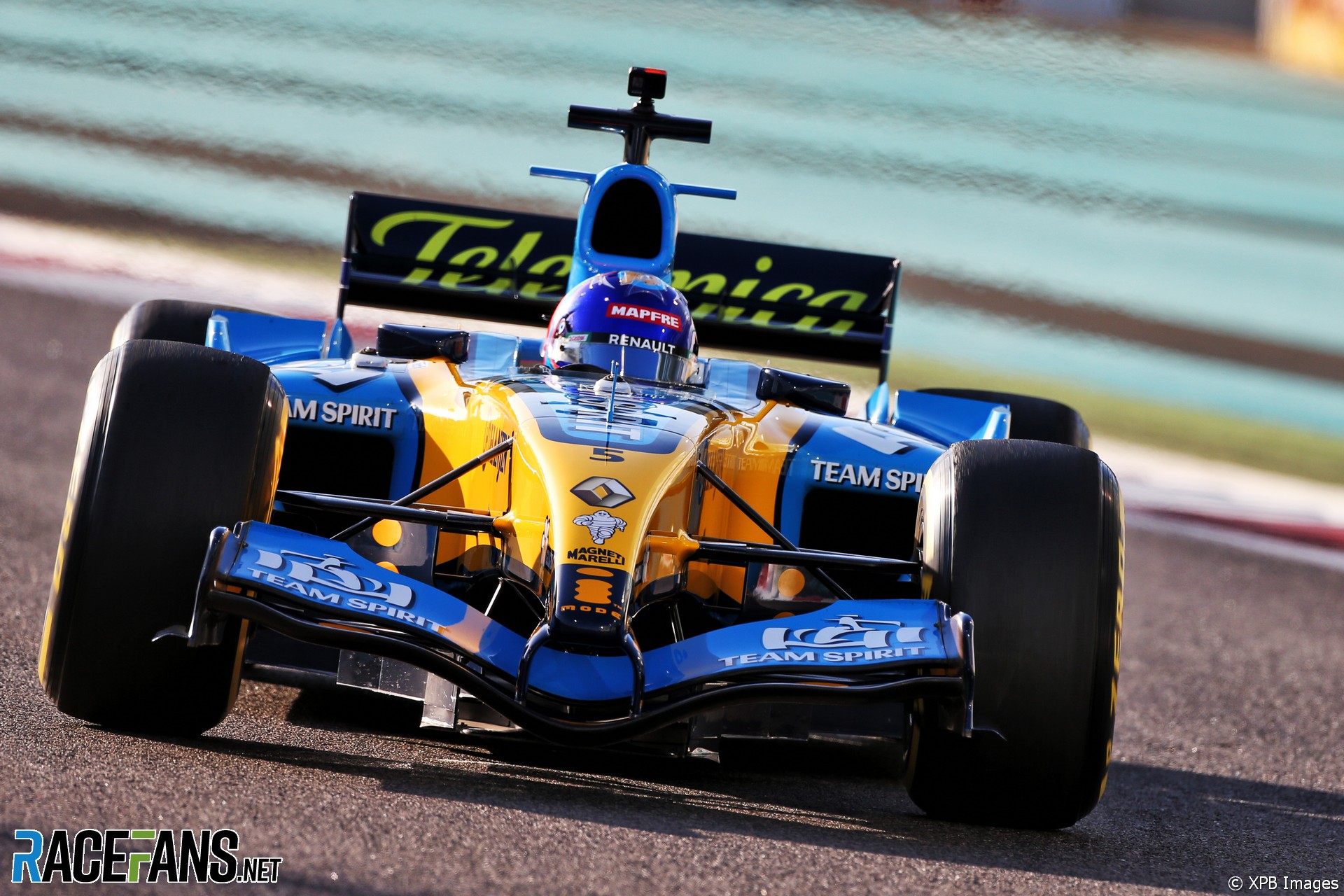 The 39-year-old won his first of two world championships in the car 15 years ago. He has signed a two-year deal to return to Renault next season, when the team will be rebranded as Alpine.

The R25 raced in 2005, the final year of F1’s naturally aspirated V10 engine regulations. The development of the car was overseen by technical director Bob Bell.

Alonso clinched the drivers’ title at the Brazilian Grand Prix, with two races to spare, and ended the year 21 points ahead of his closest rival McLaren’s Kimi Raikkonen (a win was worth 10 points at the time).

The car won the season-opening race at Melbourne in the hands of Alonso’s team mate Giancarlo Fisichella. However Alonso delivered the rest of the team’s eight wins that year, the last of which secured the constructors championship for them in the season-closing Chinese Grand Prix. It was the first championship success for the team which originally entered F1 in 1977.

While the car originally ran on grooved Michelin tyres, slick Pirelli rubber was fitted for this demonstration run.

Alonso will drive the latest Renault Formula 1 car, the RS20, in Tuesday’s post-season test at the track.