Ever since they made their Formula One debut back in 1993, Sauber have truly occupied the spot of everyone’s favourite second team. Their approach of being a very humble, likeable team operated at a very reasonable cost while developing starts for the future has seen the Swiss outfit garner a lot of love over the years.

Mind you, this is proper admiration and not mere sympathy for operating at such a small scale, which is a position where Williams find themselves in today. The flip side of this humble pie persona is that Sauber often tend to be forgotten in the mix quite easily. They haven’t been the pre-eminent midfield team for 8 years now! Over the years, Sauber have been on the brink of extinction multiple times. Yet, they have somehow managed to stay afloat, which each recovery appearing to be more positive than the last one. 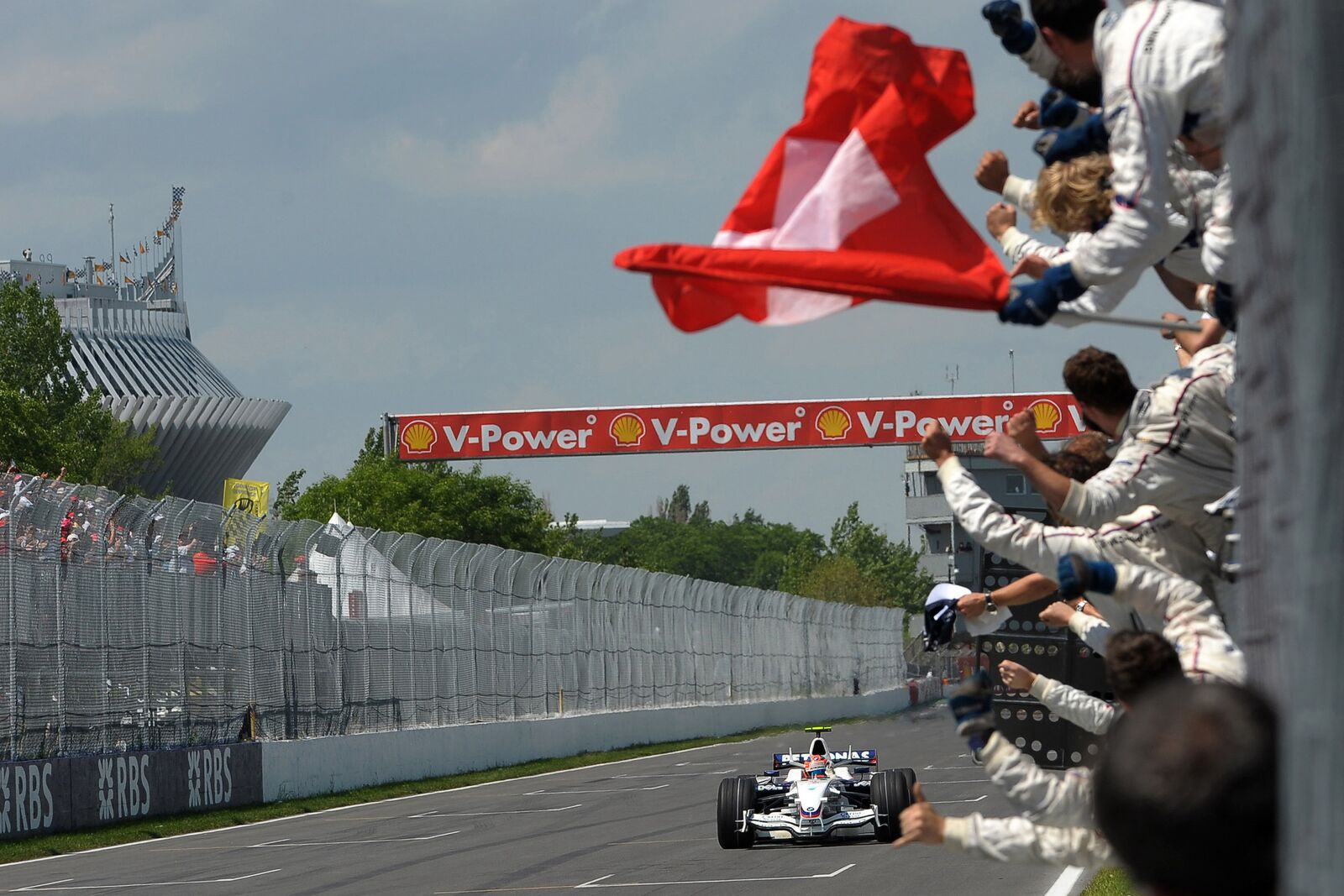 In 2017, the Hinwil-based outfit found themselves surviving by the skin of their teeth. Had it not been for Felipe Nasr’s miraculous points finish in Brazil, Sauber could have been long gone. That said, the true fightback and recovery was initiated by the arrival of Fredric Vassuer, a very astute and clinical operator as Team Principal.

His first challenge? Ensuring financial security for Sauber. His second? Restructuring the team to become a reliable midfield team. When Vasseur cancelled the impending Honda engine deal for 2018 and strengthened Sauber’s association with Ferrari, he hit two targets in one shot. The rebranded Alfa Romeo Racing Team came with up-to-date Ferrari Power units, a remarkable future talent in Charles Leclerc behind the wheel, a glimmer of refound hope and above all, a relieving inflow of cash. 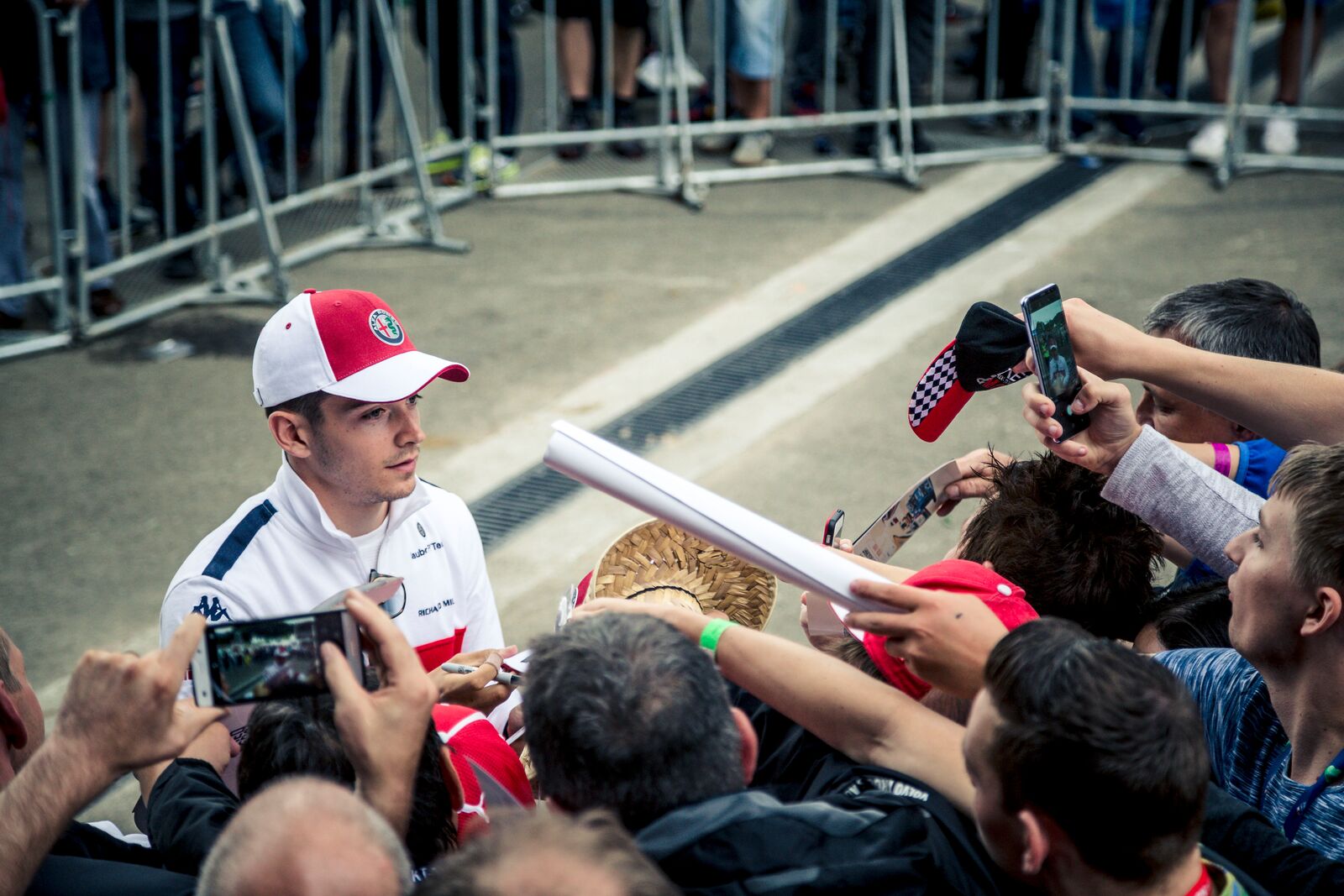 A P8 finish in the constructor’s championship in a car designed when budgets were tight was a fairly decent achievement for the team and signing Kimi Raikkonen at the end of the season saw expectations suddenly skyrocket. With an experienced A lister at the team with one of F1’s smartest team principals commanding the operations and up-to-spec Power Units, one would expect Alfa Romeo to contest for the upper midfield positions, right?

Not quite! In 2019, the team managed to score merely 9 more points than they did in the previous season, finishing in P8 yet again. Call it a boon or a curse, Sauber’s, or in this case, Alfa Romeo’s likeable, second-favourite team nature, which resonates with the stage in which Kimi Raikkonen finds himself today, saw this rather mediocre performance dodge the spotlight. Internally, there must have been a strong feeling of making an improvement in 2020. However, externally, the pressures appeared to be far lower. 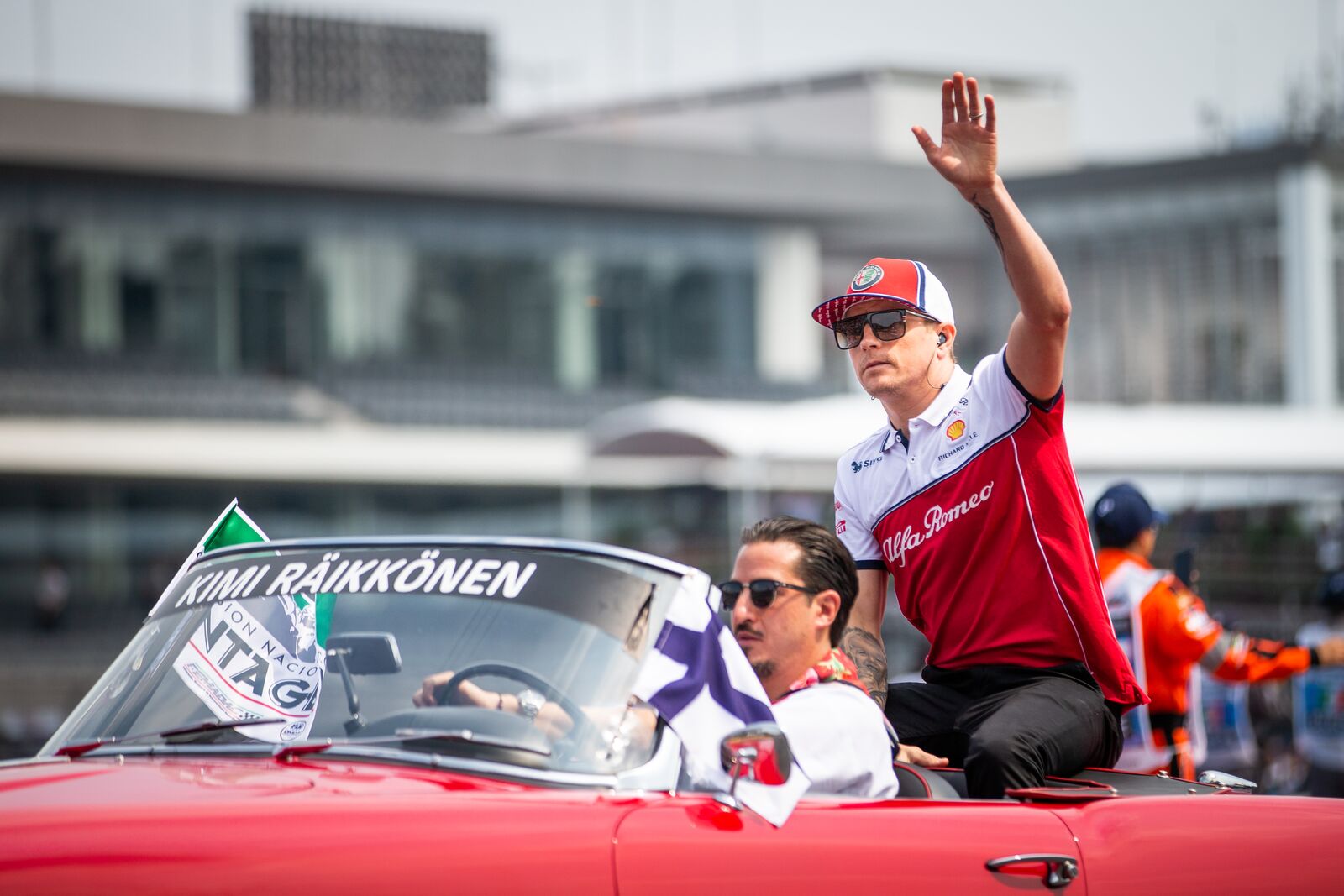 Now though, after a rather dismal qualifying for Alfa Romeo at the season-opening Austrian GP, their struggles have finally appeared in the limelight. In comparison to last season, Alfa Romeo were 1.119 seconds slower in qualifying, being by far and away the biggest loser. In comparison, their direct rivals Haas lost only 6 tenths of a second, Alpha Tauri gained 3 tenths and Williams gained 7 tenths of a second!

Yes, we all know that qualifying isn’t everything and that ultimately, your race pace makes a major impact. However, when we analyse that side of the story, there isn’t a sigh of relief. Instead, Alfa Romeo’s issues were only compounded during the race. They weren’t able to catch up to their primary midfield rivals but thankfully, the remarkably high rate of attrition, which impacted Kimi Raikkonen too, at last saw Antonio Giovinazzi scoring a couple of points to round off a very challenging weekend for the team. 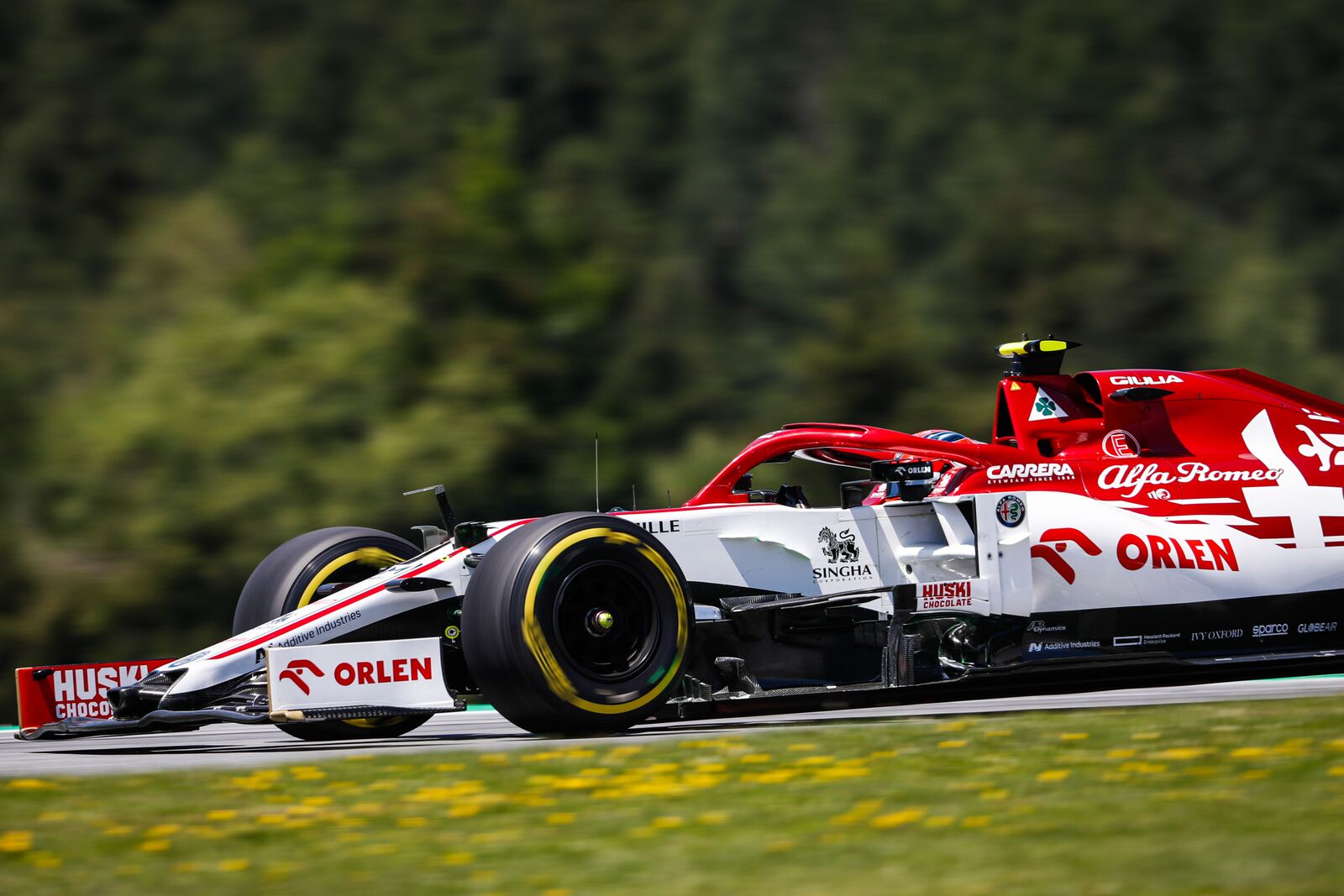 Indeed, it may be easy to dismiss any loss of performance by using the ‘first round of the season’ card. Although that is a valid point, this excuse wouldn’t help them defend against the uphill challenge they face. In a considerably shorter season, every single race is almost worth double. Two bad rounds at the Red Bull Ring and suddenly, you’re on the backfoot!

Where are there struggles arising from you ask? Succinctly put, the power unit. After producing a dramatically faster Power Unit in 2019 which attracted a lot of suspicion, Ferrari were under pressure from all the other teams as they believed that the Prancing Horse had effectively broken the rules somewhere. 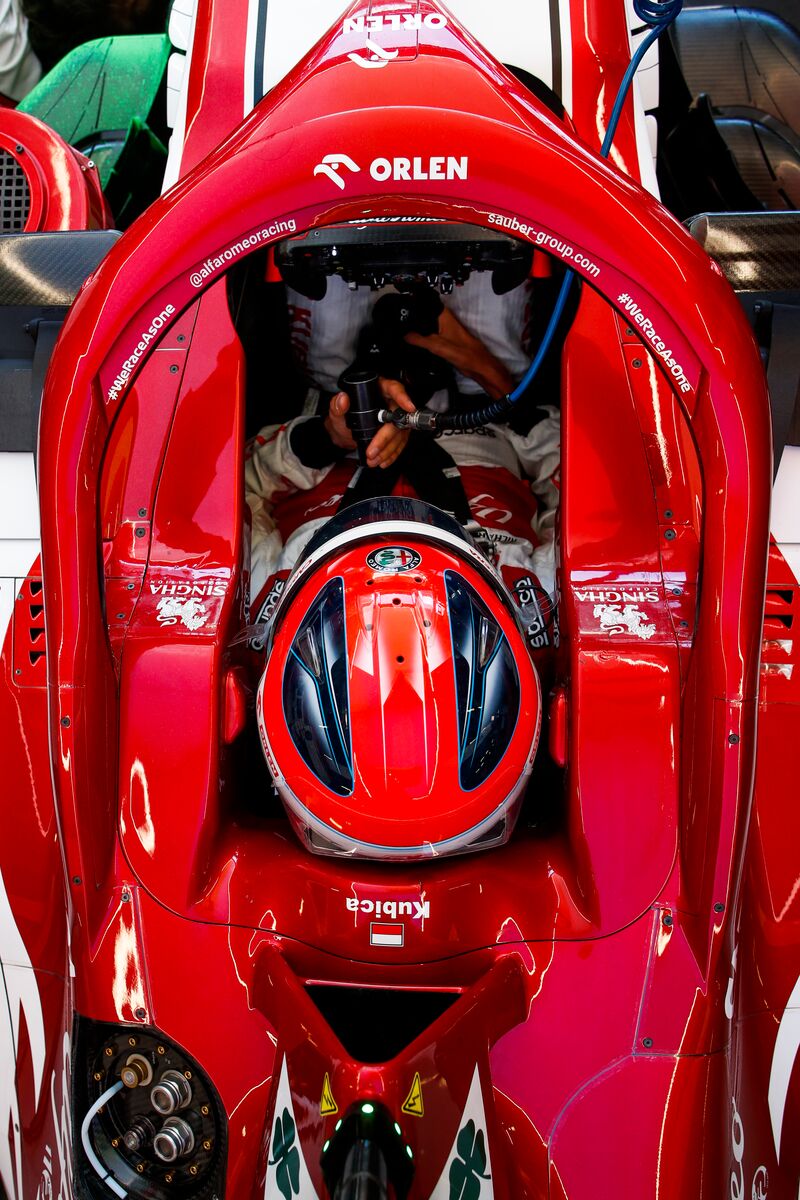 The FIA soon intervened and said it was fully legal but the announcement of a strange undisclosed settlement between the FIA and Ferrari during pre-season testing early this year heightened up the suspicion levels yet again. Many believe that Ferrari had paid off the FIA under the table to let them off without any harm, provided they altered the Power Unit to be fully legal.The doubt that Ferrari’s engine was illegal in 2019 was suggested even more at the Austrian GP when the modified Ferrari power unit was far slower in Austria in comparison to other power units. On one end, it was much more reliable but it lost multiple tenths of a second on the long straights that define the Red Bull Ring.

What’s next for Alfa Romeo?

When discussing the chassis, we can gather more information about Alfa Romeo and whether they truly have lost as much pace as the data from Austria suggests in the forthcoming circuits. 1.119 seconds is an eternity in the world of motorsport. Say what you want, but it simply cannot all be down to the engine. Especially so when other Ferrari customer teams are losing lesser time.

Alfa Romeo / Sauber have managed to stay away from the public eye for years now. Finally, their woes are open for all to see; they may have completed Phase 1, that is to get the team to financial stability. Now, the attention shifts to Phase 2. A lot of keen observers are willing to see how this rather charming team fares on track. Can they deliver?