Furbatto is the first high-profile hiring as the Silverstone team boosts its established technical strength.

The Italian will report to Andrew Green, whose job title has changed from technical director to chief technical officer.

“Working with our existing engineering group, he will bring a valuable perspective and knowledge to help shape our approach in the short and medium term,” team boss Otmar Szafnauer said of Furbatto.

“This appointment coincides with Andrew Green stepping up to a new role where he will take a global perspective on the company’s mid to long-term technical strategy.”

Furbatto has worked for a variety of teams over the past two decades.

A graduate of the University of Turin, he was involved in the birth of British American Racing as an engineer in 1998-99. He then spent a year with the nascent Toyota F1 team in 2000. 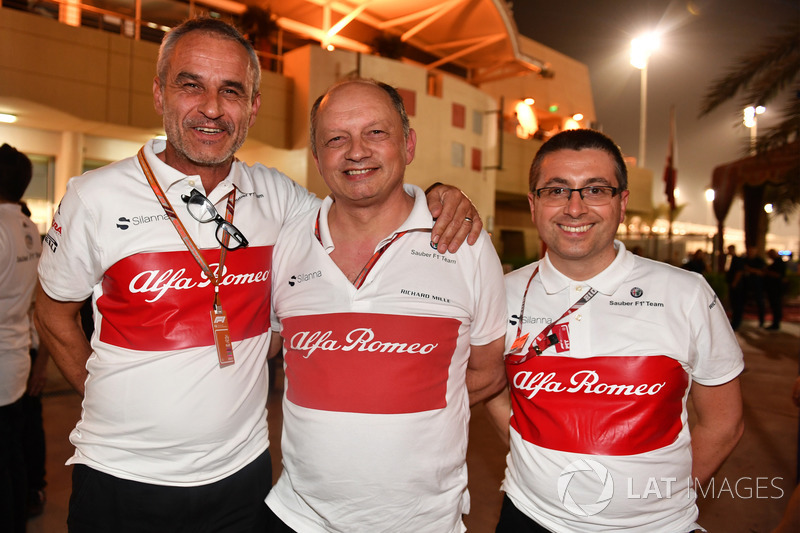 After spells as chief designer at Toro Rosso and Manor Racing, he joined Sauber in the same role in 2017.

“It is a project that has all the ingredients for success,” Furbatto said of his new team. “Committed leadership, a talented workforce, and fresh investment in resources.

“I am looking forward to playing my part in establishing this team at the very top of the sport.”

Green stressed that there will be further hirings as the team continues to expand.

“[Luca] brings a vast amount of experience with him built up from more than two decades in the sport spent at several leading F1 teams,” he noted.

“This is the first of many key appointments we are making in line with our ambition to establish Aston Martin at the front of the grid.”

The Aston announcement revealed that Furbatto’s role will involve both trackside and factory operations, and he is due to be in place at the team “ahead of the 2022 season”.