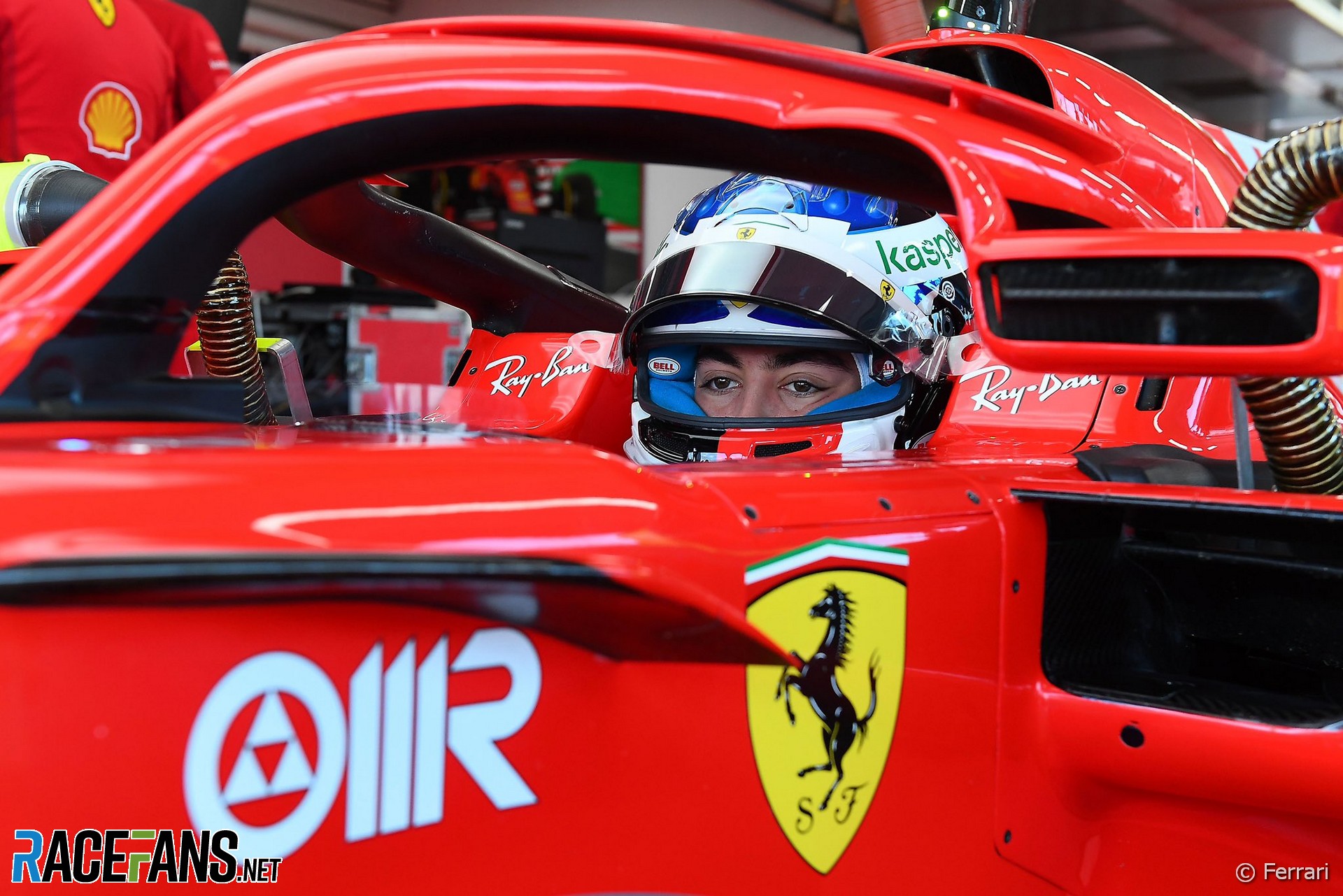 Ferrari’s junior drivers Giuliano Alesi and Marcus Armstrong had their first opportunities to drive an F1 car today as the team began a four-day test at its Fiorano circuit.

The team is using the SF71H chassis it raced during the 2018 season for the test at its private track.

Alesi’s car sported number 28, which his father Jean Alesi raced during his first season with the team in 1991, before switching to the number 27 he used for his remaining four years as a Ferrari driver. He was joined by Armstrong, who used number nine, which will be raced this year by Nikita Mazepin.

Their fellow FDA member Robert Shwartzman, who made his F1 test debut with Ferrari at Yas Marina last month, is also due to drive the car today.

Later this week new Ferrari signing Carlos Sainz Jnr will have his first test for the team. Charles Leclerc is also due to drive, as are Mick Schumacher and Callum Ilott.