Albon given two penalty points for collision with Kvyat · RaceFans 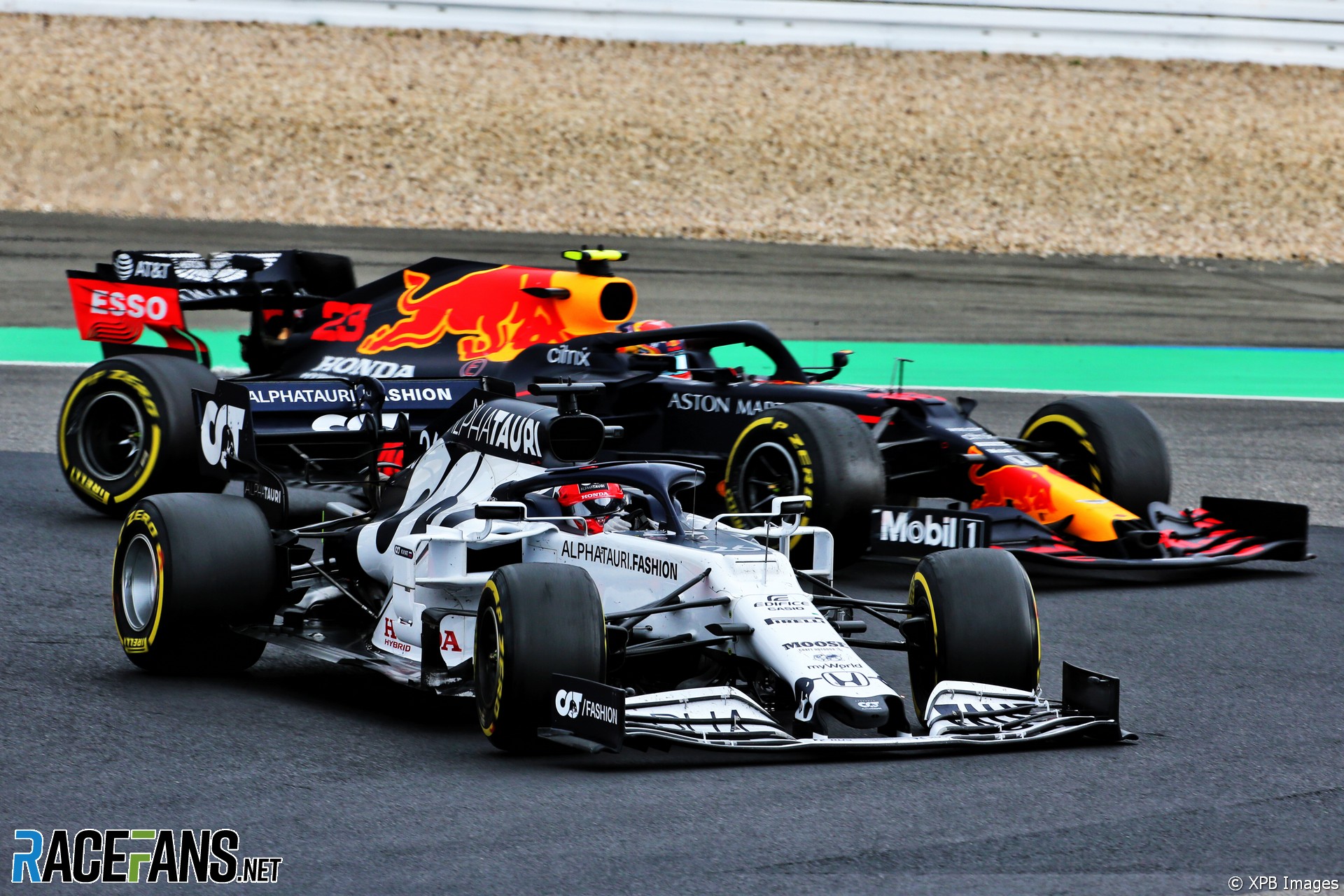 Alexander Albon has had two penalty points added to his licence for his collision with Daniil Kvyat during the Eifel Grand Prix.

Albon and Kvyat collided following a Virtual Safety Car period when the pair were disputing 10th place. Albon attempted to pass Kvyat at the Veedol chicane, but his rival ran wide and cut the corner. Kvyat returned to the racing line and Albon swept past him.

But the Red Bull driver squeezed the AlphaTauri before they entered the corner. The pair made contact, removing Kvyat’s front wing.

Albon was given a five-second time penalty, but retired from the race. His two penalty points mean he is now on a total of seven for the current 12-month period.