Following an action-packed opener in Bahrain, the F1 paddock has returned to Europe to get the campaign rolling again by heading back to Imola – which made its return to the F1 calendar last year for the first time since 2006.

Lewis Hamilton leads the early F1 world drivers’ championship standings thanks to his dramatic victory at the Bahrain GP, after Max Verstappen handed back the lead in the closing stages having been judged to have overtaken the Mercedes driver off the track.

But with Red Bull fancied to have the faster car at the start of the 2021 F1 campaign, the Dutch driver heads to Imola as favourite against Mercedes’ pair Hamilton and team-mate Valtteri Bottas.

All eyes will also be on Sergio Perez after his tricky Red Bull race debut in Bahrain. After missing out on Q3 in qualifying, the Mexican suffered an electrical issue with his Red Bull on the formation lap meaning he had to start the race from the pitlane. The Mexican driver duly put in a solid recovery performance to take fifth place, but he’ll be hoping to start from the front to join the podium fight in Imola this weekend.

Behind the top two teams, the F1 midfield looks increasingly competitive, with McLaren taking an early advantage thanks to Lando Norris securing fourth place in Bahrain with new team-mate Daniel Ricciardo in seventh despite suffering floor damage in a clash with AlphaTauri’s Pierre Gasly in the race.

Given the tight and high-speed nature of Imola’s track layout, qualifying is expected to be vital on Saturday along with race strategy on Sunday. 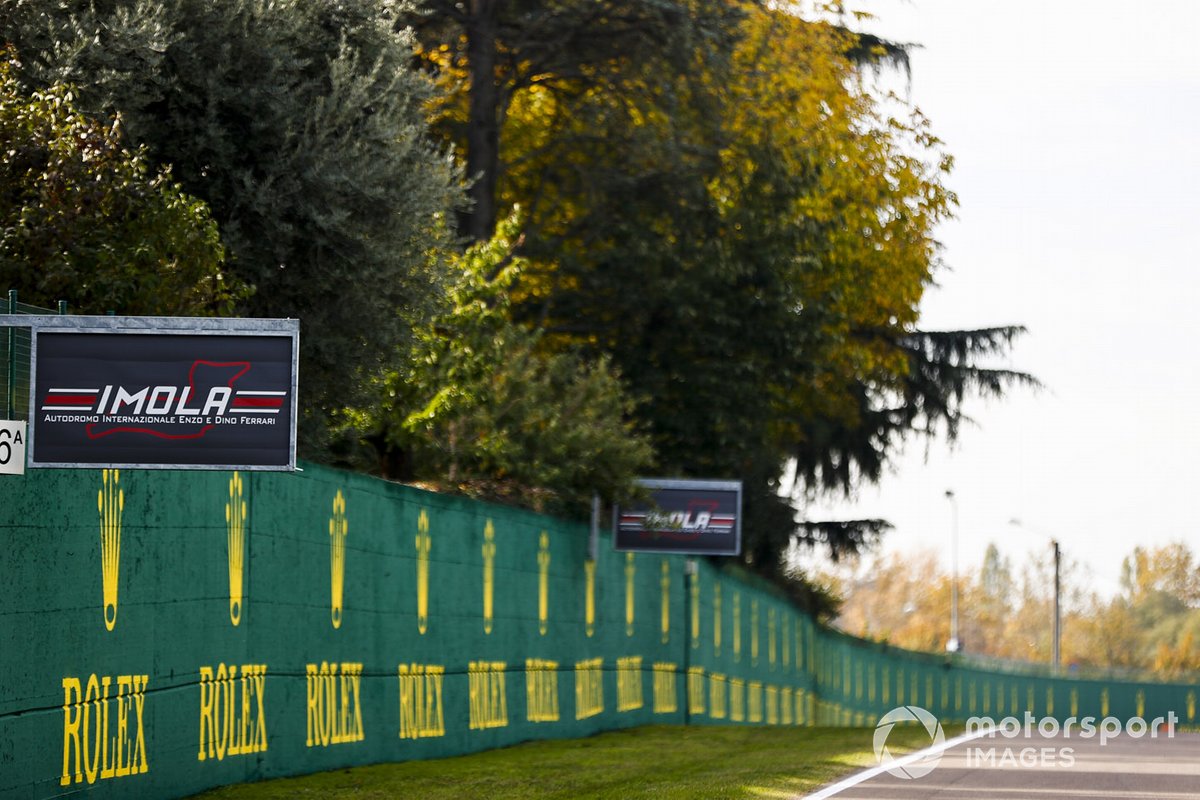 Imola and sponsor signage by the side of the track

What is the F1 Emilia Romagna GP?

Following a trend which started due to the redrawn 2020 F1 calendar, new and unfamiliar race names were used as part of double-headers at the same circuit or races taking a new name as the national race title was already used or unavailable.

With different races not allowed the same name in the same F1 world championship season, and the Italian GP confirmed at Monza later this year, the Imola round has reverted to its new race name adopted last year – Emilia Romagna GP – named after the area the circuit is located in.

Previous F1 races held at Imola were called the San Marino GP (1981-2006), while the Italian GP did take place at Imola in 1980 when Monza was undergoing major upgrade work.

With the COVID-19 pandemic continuing to disrupt the regular motorsport calendar, the start of the 2021 F1 season has been reshaped after the Australian GP was postponed to November and the Chinese GP was called off for this year.

As a result, just like last season, Imola has stepped in as a late replacement along with the Portuguese GP which takes in a few weeks’ time.

At the time of writing, the 2021 F1 calendar reverts to a largely familiar schedule with the Spanish GP and Monaco GP taking place in May.

Will fans be allowed at the Emilia Romagna GP?

Fans will not be allowed to attend the Emilia Romagna GP, with Imola set to be shut to spectators for the F1 race weekend. Health measures and protocols have been put in place due to the ongoing COVID-19 pandemic which continues to cause major disruption across the world. 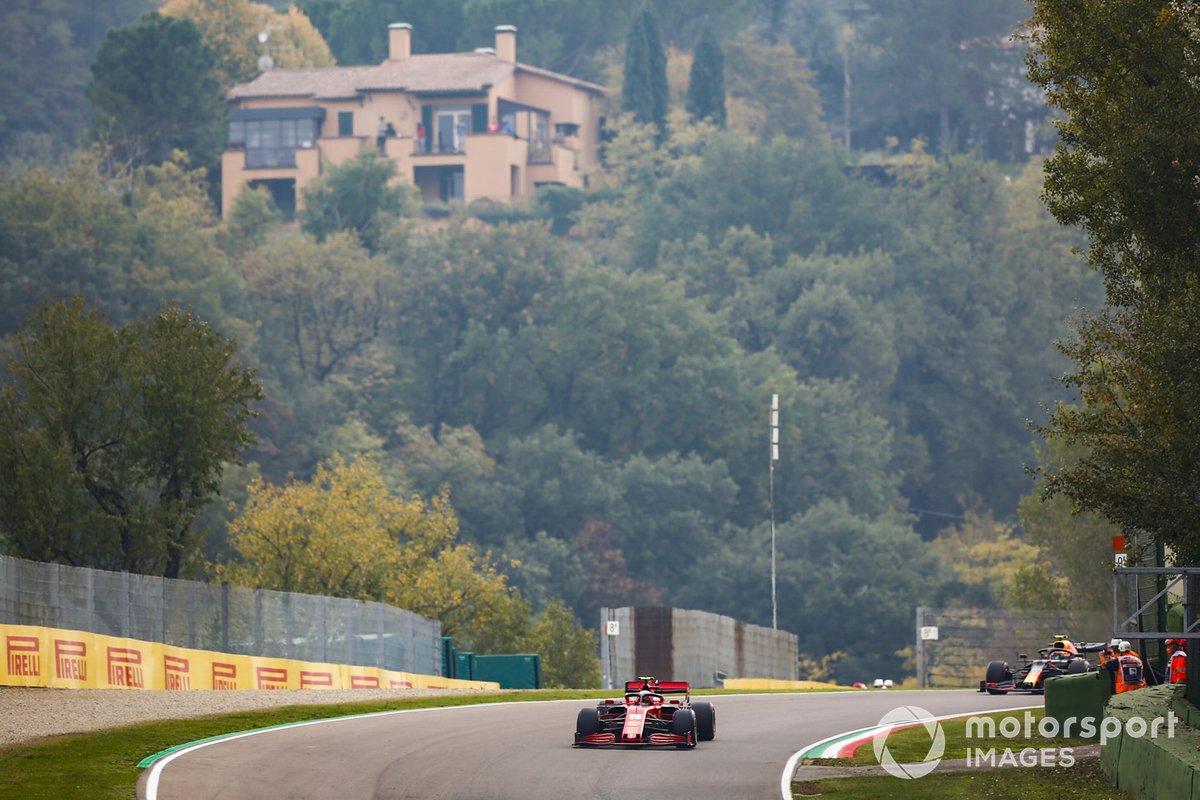 The Q1, Q2 and Q3 knockout-style qualifying format is also being retained on Saturday afternoon to decide the grid for the Emilia Romagna GP on Sunday.

F1 has also ditched starting races at 10 minutes past the hour mark for the 2021 season, with all races starting at the top of the hour.

During the build-up to the race weekend, F1 confirmed tweaks to the Friday and Saturday schedule for the Emilia Romagna GP to avoid clashing with the funeral service of Prince Philip.

Both Saturday’s FP3 and qualifying will take place one hour earlier than originally scheduled, while Friday’s FP1 and FP2 will run 30 minutes earlier than previously planned to meet F1 regulations.

F1 and the FIA has confirmed the Emilia Romagna GP schedule has been altered “out of respect” to avoid running at the same time as Prince Philip’s funeral taking place in Windsor at 3pm BST on Saturday. 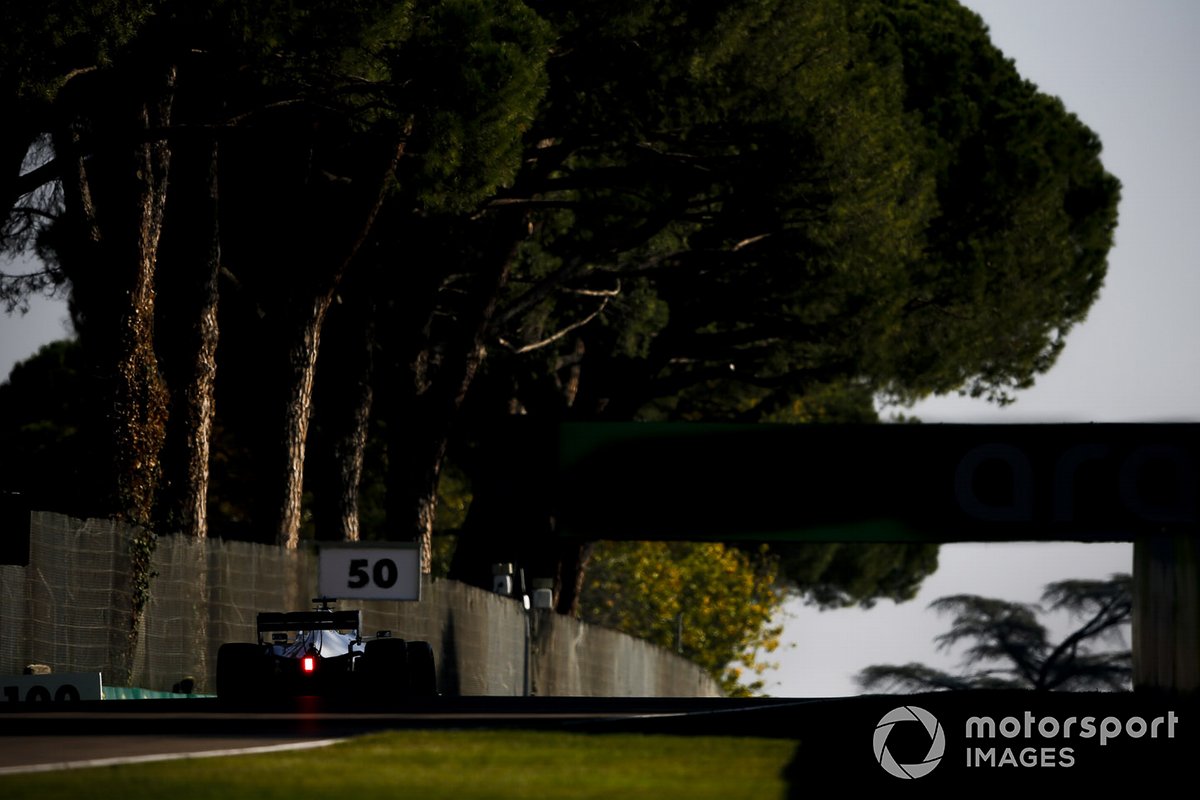 Channel 4 has the rights to show Emilia Romagna GP highlights of qualifying on Saturday and the race on Sunday.

Imola is set for dry but sunny and cloudy conditions for the race weekend, with a minimal chance of rain. Across the weekend highs of 15 degrees Celsius are forecast – around 14 degrees cooler than the hottest conditions at the Bahrain GP.

Of the other active F1 drivers Fernando Alonso won the 2005 San Marino GP held at Imola.