Formula 2 runner-up Callum Ilott says he won’t be returning to the championship for a third season next year, despite appearing for Charouz at last week’s post-season test.

The Briton finished 14 points shy of fellow Ferrari Driver Academy member Mick Schumacher, who will step up to Formula 1 next year with Haas, after a season in which he scored more wins (three to two) and pole positions (five to zero) than Schumacher but lacked the German’s consistency.

A costly spin in the second of the four Silverstone races while well placed led to a non-finish, while contact in the Mugello feature and Bahrain sprint races allowed Schumacher to stretch his advantage.

An enforced pitstop for the Prema driver in the Sakhir finale presented an opportunity for Ilott to mount an attack on the top-two place he needed to overhaul his rival in the championship, but the UNI-Virtuosi driver’s overworked tyres meant he was powerless to avoid slipping back to an eventual 10th as a relieved Schumacher claimed the title in 18th.

Speaking to the series’ website, Ilott explained that he has nothing left to prove by returning for a third F2 campaign in 2021 and expects to take a third-driver role in F1 with a Ferrari-affiliated team.

“But second is only one place lower and I only missed out by 14 points.

“I could always give reasons why, but I don’t want to give excuses. I feel like if you are in the top three or top two, you shouldn’t have to prove yourself again. 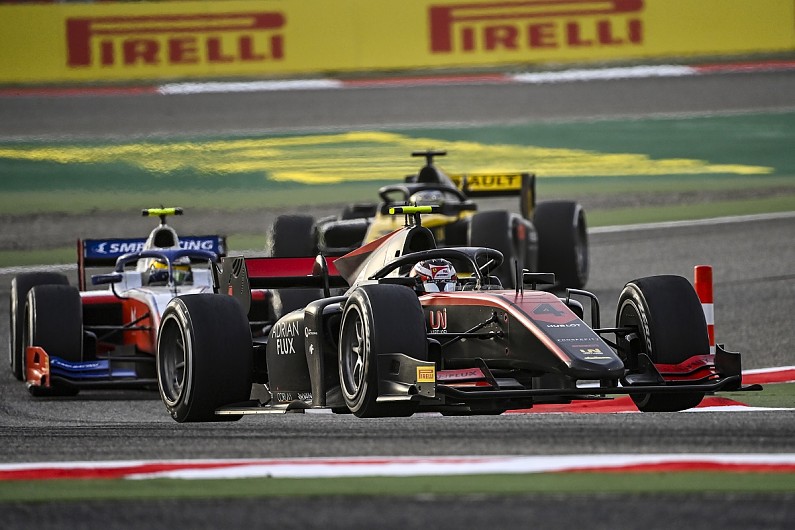 “You have got to strive for the top and that’s my new challenge.

“It is not going to be easy, but I have got time to do it.

“More than likely, I will be in the F1 paddock for almost all of the races, so if someone is ill or has an injury – which, touch wood, doesn’t happen – then I am sure that I would get a call at some stage, but I don’t wish that on anyone.”

Reflecting on his highlights of the year, Ilott identified his charge from a dummy-grid stall to fifth in the first Silverstone weekend as a “hero moment” on a par with his dominant feature race victory at the same track the following week.

“The two moments that stand out the most for me are the two races in Silverstone, at home,” he said.

“Going from the pitlane to P5 was, in my eyes, kind of like a hero moment where I showed everyone what I could do and the pace that I have – the stall aside.

“Then, being able to come back a week later and dominate the Feature Race, that’s something that I’ll remember for a long time.”